According to arrest records, Alicia Thames, 35, of Vidalia, was arrested Friday, March 5, on a charge of malfeasance in office for taking contraband to or from a correctional facility. 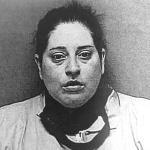 Thames was an employee of the Louisiana State Penitentiary and has been removed from her position since her arrest, law officials said.