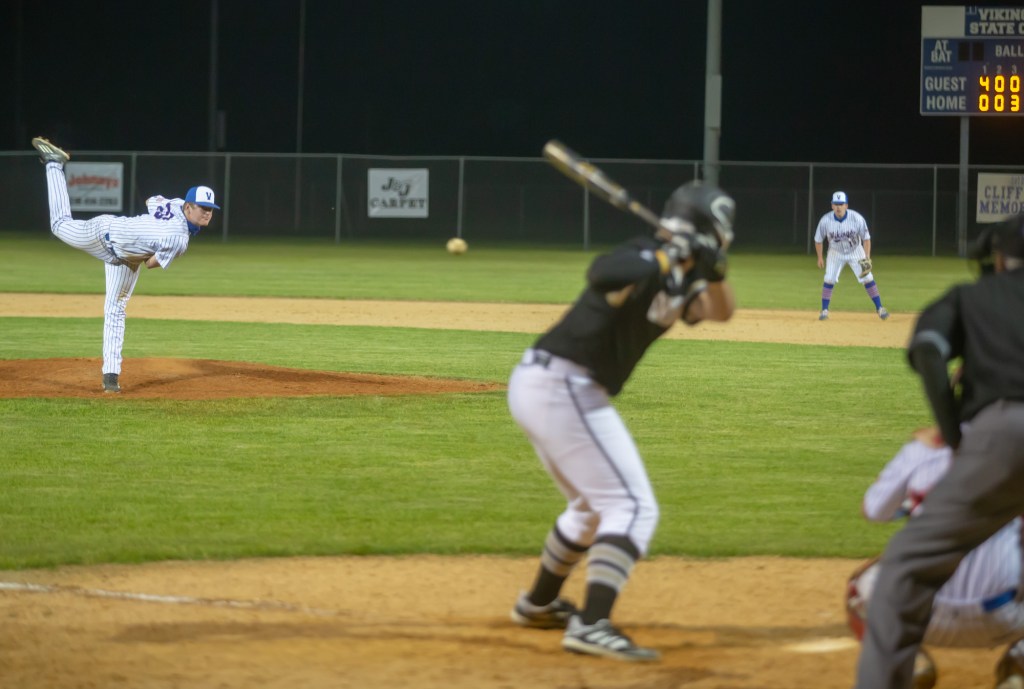 Vidalia High senior Brett Wallsworth throws in a game against Oak Grove on March 9. The Vikings will play against Monterey and Block in their tournament on Saturday.

Vidalia baseball head coach Nic Kennedy said he got lucky when he inherited all of the scheduling for the Vidalia Viking Invitational, which begins Thursday.

“I had to reschedule it and redo it,” Kennedy said. “We got everything worked out.”

As a host school Vidalia will provide score keepers, get the fields ready and supply the concessions, he said. Vidalia plays Monterey on Saturday afternoon at 11 a.m. and their final game of the tournament will be against Block at 5 p.m. on Saturday.

“Going into this tournament we want to end on a good non-conference game, and go into district play, compete and win district and go to the playoffs,” Kennedy said. “I feel confident. We have been carrying momentum into a lot of games. I do not feel any worried sensation going into district or this tournament.”

He said he felt his team is starting to realize the potential they have and are starting to get after it. Last week Vidalia lost 7-6 in a 10 inning battle with Oak Grove. The game seemed to be a turning point in the season as Kennedy said the close loss gave the players “A lot more confidence in themselves.”.

Kennedy said he has not circled a specific opponent in the tournament to focus on.

“Right now the most important game is the next game,” Kennedy said.