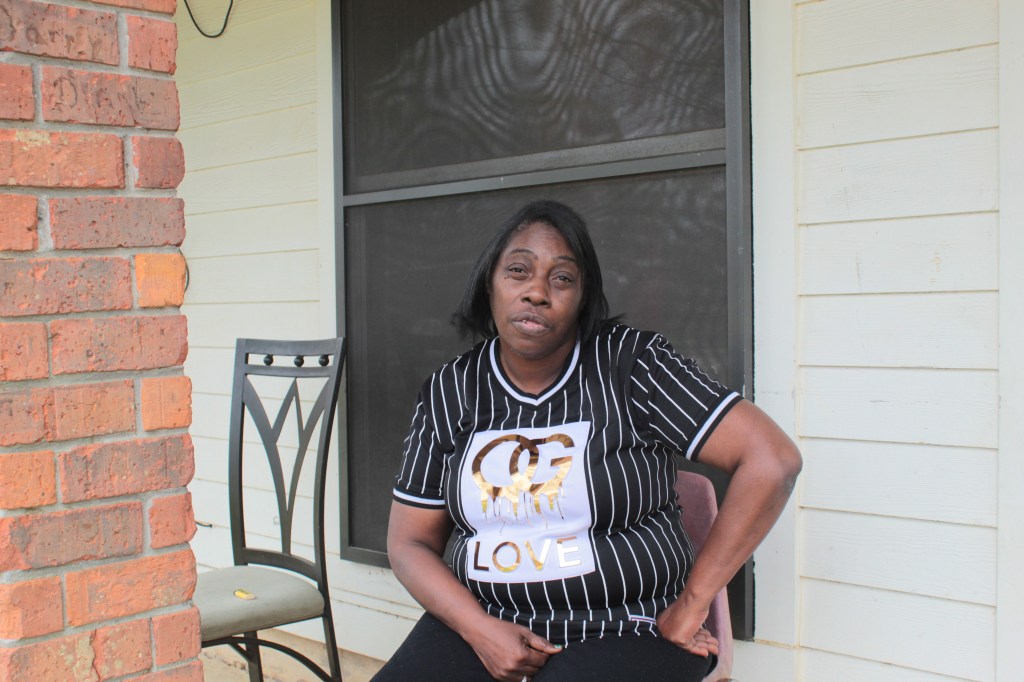 Supermia Scott sits in front of her home on Dumas Drive in Natchez, close to where the dart landed Friday. Scott is a native of Natchez and likes to share God’s love with others, she said. (Hunter Cloud The Natchez Democrat)

NATCHEZ — Supermia Scott takes time each morning to pray for the world and her neighbors while she sits in a chair outside her home on Dumas Drive, close to where the dart landed Friday.

A native of Natchez, she grew up on Wall Street where she learned about the world and to respect others, she said.

Her mother named her after The Supremes and her father was a preacher.

One day while playing on Wall Street,  she got caught on some metal wire in a concrete block, and doctors told her she would not be able to walk, she said.

From the age of 7 to 9, she spent a lot of time in the hospital undergoing surgeries on her leg. She rolled up her pants on her right leg to show the scar running from her ankle to her knee.

She said walking around Walmart is a challenge, and she is in the process of getting disability. On her left leg, her ankle was broken so she sees a neurologist for both legs, she said.

At her home, she cooks food for the neighborhood, and she takes care of her neighbors’ kids when the parents go to work, she said.  Sausage, grits and a fried egg are one of the meals she prepares, she said.

While living in Cambridge Heights Apartments, she has been blessed with safety and protection, she said.

Living a simple life is important to her but so is sharing God’s love with others, she said.

“Everybody that I get a chance to tell how good God is, I do that,” Scott said. “I’m blessed.”

She said if she won the lottery, she would open up a daycare to help parents. She said a lot of people who work evening or night jobs do not have anyone to take care of their kids, and she wants to help them.