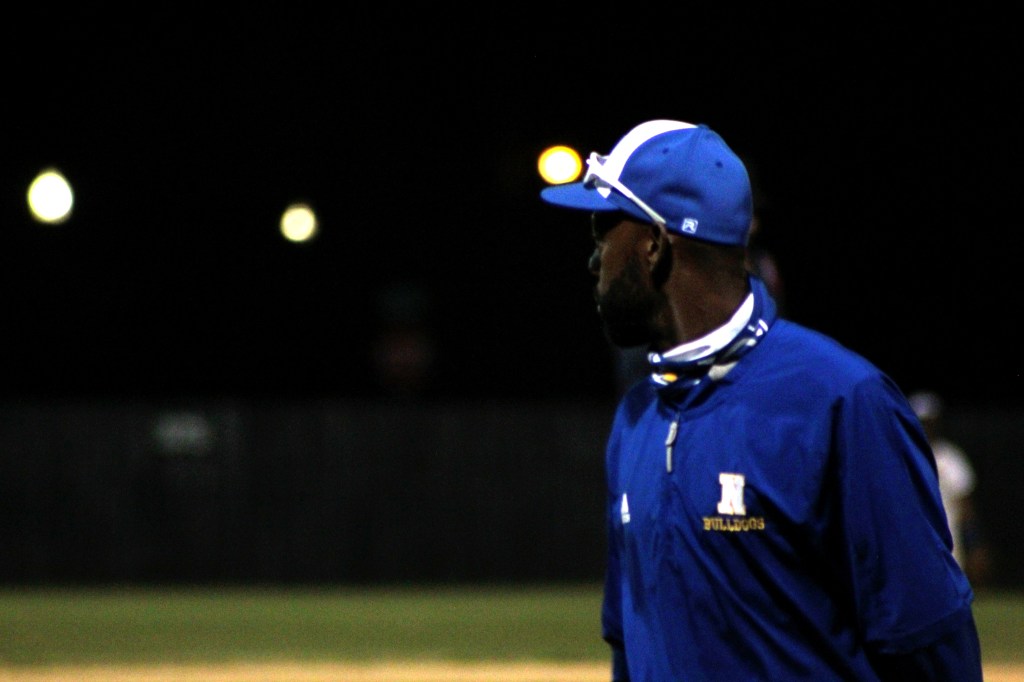 The double-header games was in Amite, Louisiana at Oak Forest, but the games were moved to Natchez after the field conditions were deemed unplayable Thursday morning, he said in a text.

Beesley said he does his best to stay off Chester Willis field when there has been a lot of rain. The water soaks into the field naturally over time. Both Natchez and Cathedral maintain the field’s playing condition.

“We try to keep it in good shape, so when it does rain it won’t  be as hard to get it in playing condition again.” Beesley said. “It was in good condition this weekend but we have had a lot of rain this week. Hopefully we can get back on it and get ready to play (Friday).”

In a similar situation, the Natchez Bulldogs had an away game on the road at Jim Hill and it was canceled due to severe storms in the Jackson area. Natchez Head Coach Dan Smith said the Jim Hill head coach had talked to him on Wednesday night and they decided it was best to reschedule the away game to April 13.

In this past year, COVID and weather such as ice storms and storm systems capable of producing tornadoes has kept the Bulldogs ready to expect the unexpected, he said. Natchez is also scheduled to play Jim Hill in a double header on Monday in Natchez, and the Bulldogs have a game against Crystal Springs on Tuesday unless anything changes between Friday and then, he said.

“It is happening all over the state, so we are not the only team having to shuffle games and reschedule games,” Smith said. “We are going to need a lot of pitchers, because we have (four games) next week. The Weather is uncontrollable, so we are just having to deal with it.”

The Bulldogs originally had a game against Port Gibson on Monday, but because Jim Hill is a district game it took priority, he said.

Natchez and Cathedral share the Chester Willis Field at Liberty park in Natchez. Beesley said the two teams have been able to work with each other to get games rescheduled.

“This has been a difficult last couple of weeks,” Beesley said. “So many games have been moved around and pushed back. We have had to stay in contact with each other. So far we have everything straight from now until the end of the season. Hopefully we will not have any more postponements.”

Cathedral is supposed to play Brookhaven Academy in a tennis match today, but it is not certain if the Green Wave will be able to take the court at Duncan Park. Green Wave head coach Beth Foster said she is keeping a close eye on the radar.