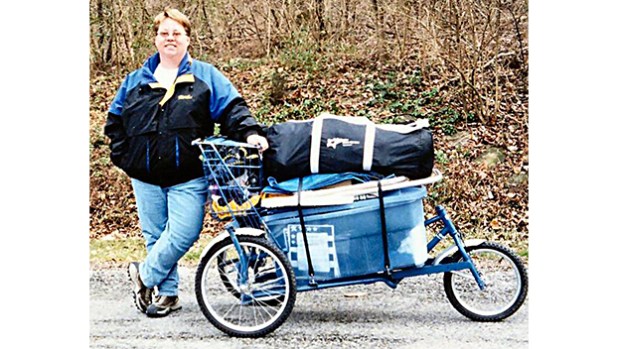 Submitted photo of Karla Brown in 2003 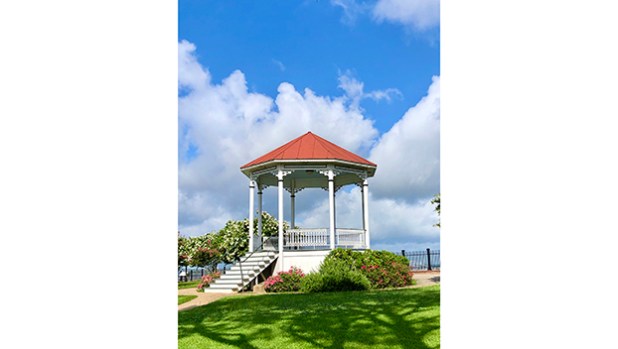 Karla Brown submitted this photo of the gazebo on the bluff. 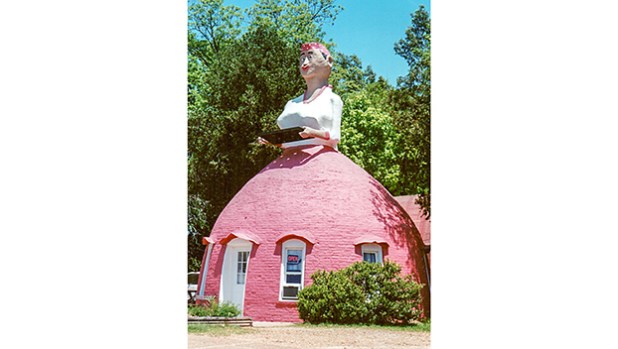 Karla Brown submitted this photo of Mammies Cupboard on U.S. 61. 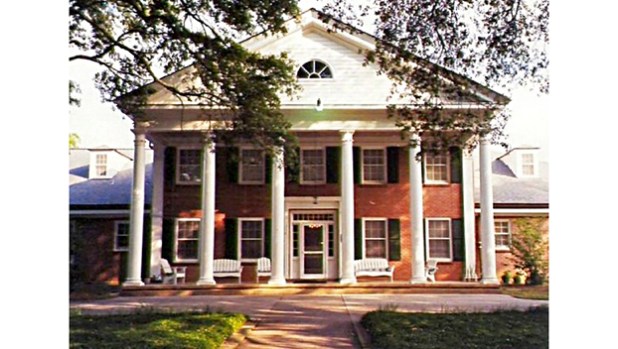 NATCHEZ — Karla Brown’s story of discovering Natchez, now her home, is a fascinating one that begins in 2003.

As a child growing up in Scio, Oregon, Brown suffered daily epileptic seizures and at one time in her life was taking 21 medications a day to help control them.

The day after she graduated from high school in 1981, Brown underwent brain surgery at University Hospital in Seattle, which was successful and life changing. She hasn’t had a seizure since.

Brown set out to walk across the country in celebration of 20 years of being seizure free. During her trek from Seattle to Washington, D.C., she made her way to Natchez.

This week, she shared with us her journal entry from her visit here on March 17-19, 2003, during her cross-country walk, which amounts to a love letter to the people of Natchez and Adams County.

Brown made her way back to Natchez in 2005 after Hurricane Katrina and worked in a temporary job for the Federal Emergency Management Agency. In 2006, she moved to Alaska and began work on the Klondike Express, which offers day cruises to visit Alaska’s glaciers.

In 2013, Brown returned to Natchez and opened her business, Downtown Karla Brown, 512 Franklin St., inside the consignment store, which is a shuttle and tour service.

She said still loves Natchez, though she admits she’s got the travel bug.

“I would love to one day have an RV and hit the road. That’s how I want to retire,” Brown said.

I had a great time in Natchez, a very historical town along the Mississippi River. A friend I had met in Jackson, MS had made some contacts for me ahead of time, and through her I ended up contacting Nancy, the executive director at the Natchez Children’s Home. Nancy had made many contacts for me and had set up a place for me to stay, and several speaking engagements.

While I was there in Natchez I stayed in a big, Big, BIG old house owned by one of the board members of the Children›s Home. (Kathy B’s mother’s house.) This house was HUGE, and I was the only one there.
Joanne came down from Jackson and spent a day with me. While there I was able to give a talk at the Senior Center, another at the Children’s Home, one at a Lion’s meeting, another at Trinity Episcopal School, and again at an evening church service. The Lions club made a donation to the Epilepsy Foundation, and one of it’s members owns a sporting good store. He told me to come and get a free pair of shoes, which I gladly and gratefully did.

Another board member of the Children›s Home owns a Taco Bell, and he gave me $20 worth of free Taco Bell gift certificates. He also got Joanne and I free admission to the Historic Natchez Pageant, a play that takes you back in time through the past history of Natchez. The pageant was a great play, and I especially enjoyed seeing that. Also while I was in Natchez, the manager at Churches Chicken (on MLK Dr) told me that I could come and eat there for free as often as I’d like.

Another time, while I was walking down in a section of town called «Under the Hill,» a newspaper reporter whom I had visited with that morning drove past me, then hit reverse, backed back up and told me to “jump in.” She then hauled me to the restaurant she and her husband own and fed me lunch!

And during my time there, Joe Mitchell, Director of Development at the Children›s Home, made sure all my needs were met and was hauling me all around to all these meetings. As you can see, the people in Natchez were extremely hospitable and took care of every imaginable need. Natchez will always be one of my favorite places simply because of all the wonderful people I met there. Natchez, a town of great history, great people, and true southern hospitality. I was so lucky to be there!

While I was there, the director at the Senior Center had made contact with a church in Sibley, the next town I was heading to. As I was getting ready to head out, the phone rang and it was Linda, a lady who heard me talk at the church. She said that she and her mother own a restaurant that I’d be walking past that day, and that I should stop in there for lunch. “Mammy’s Cupboard” is a restaurant shaped like an Aunt Jemimah bottle of syrup. The dome of the restaurant is the skirt of the lady — a huge statue built in 1940 that is a beloved landmark on Hwy 61 south of Natchez. Linda and her mother Doris served me a wonderful dinner of roast pork loin with muscadine sauce glaze, garden rice, southern green beans, tossed salad and broccoli cornbread, some sweet tea, and then finished it off with a big piece of pie. I especially enjoyed visiting with Linda, Doris and their staff, and as I was heading out the door they handed me an envelope with $40 in it.  When I got to the Rehoboth Church of God in Christ Church in Sibley, Pastor Elijah Lewis Sr. had left a note on the table, a basket full of fresh fruit, and some bottles of water waiting for me.

People here are so nice!