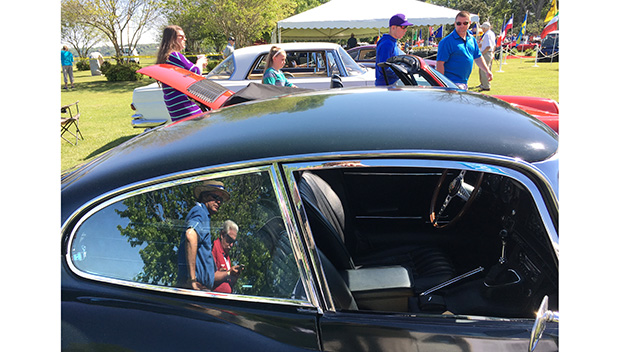 NATCHEZ — Have you ever seen a Maserati convertible?

How about a McLaren Mangusta?

“Car guys have heard of them but most have never seen one before,” said Mike Marsh, producer of the annual Natchez Euro Fest.

Those are the kind of cars the Natchez Euro Fest will have at Rosalie on Saturday, April 10, where attendees can see them up close, Marsh said.

A caravan of 40 to 50 classic European automobiles will be driving by the National Guard Armory on Liberty Road towards the festival grounds outside of Rosalie at approximately 5 p.m. Friday, April 9, for anyone who wants a sneak peak of the cars that will be lined up there for a car show starting at 10 a.m. the following day.

Marsh and Natchez Adams Chamber of Commerce President Debbie Hudson started talking of doing a similar event in Natchez more than a decade ago, he said.

Besides last year when the show was canceled due to COVID-19, it has been a huge success and continues growing, Marsh said.

This year, at least 112 automobiles have been registered and counting, he said.

“Besides coming to what I think is a great car show, when you come to Natchez for the weekend you have the opportunity to explore one of the country’s most historical and enjoyable places. That’s the icing on the cake.”

One of the most unique aspects of the car show, Marsh said, is that both exhibitors and spectators can join the fun for free — thanks to the generosity of the show’s sponsors. Food and drink will also be available for purchase, he said.

Additionally, attendees will see European cars and motorcycles — and the occasional American car that was made in England.

To be eligible for the show, all cars must be at least 25 years old or older or have a unique quality about them — such as being part of a limited production line or have historical value or a racing degree, Marsh said.

The winners of an automobile art contest in Natchez public schools have also been chosen to serve as youth judges for this year’s event in a special youth outreach program sponsored by Hagerty Insurance, Marsh said.

“This show is not really for the exhibitors but for the citizens of the area,” he said. “Natchez can use something like this at this point in time after having to cancel so many things like everyone else.”

In the event of inclement weather, the car show will be moved to April 17.