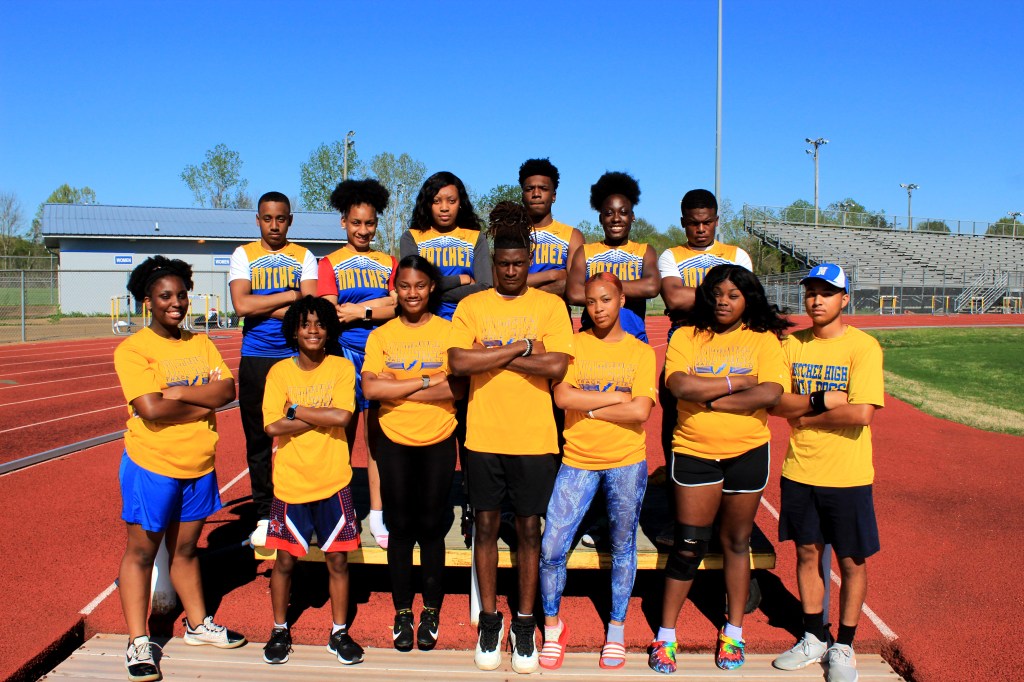 Poole is in her first year at Natchez High School after moving from Vidalia.

She also played basketball for Natchez this year. She said the most challenging thing about track is she does not know what she is going to do the day of a track meet.

“Athletically it is a big difference because it is more competitive,” Poole said. “It is a lot more fun too. You get pushed, and the coaches teach you. They bring out the best in you. I have gotten stronger, faster, and all-around, I feel like a better athlete. “

Track has helped her build speed, endurance and hand-eye coordination for basketball, she said. Fellow teammate Jerald Shelvy is a senior and is also a newcomer to the team.

Shelvy had to move to Natchez High because Jefferson County did not have a track season. He made a move to the Bulldogs to earn a scholarship in track.

“I came out of an apartment called Susie B. West,” Shelvy said. “I used to get in a lot of trouble. I started running track in sixth grade and I started doing good. I got my grades right. Now I’m getting ready to graduate and go to college.”

He said the team accepted him on the first day of practice and did not treat him like he was new. In contrast, Alexis Smith is a veteran of the team. She started competing in the high jump in the eighth grade.

“I feel more comfortable when I’m jumping,” Smith said. “It is a mind thing. If you don’t like it, then you are not going to enjoy it. When you are jumping, it feels like a game.”

She is a senior and hopes to make it to the state meet in the high jump. Joshua Thomas also competes in the high jump, long jump and triple jump. He said he feels overlooked, and the feeling of being outworked drives him to be better.

Even as a football player, he said he tells himself he is going to be the standard.

“Being outworked is my biggest pet peeve,” Thomas said. “I came in second in the triple jump and long jump, and it made me mad because I felt like someone is outworking me. I know it happens to everybody who comes in second, but I don’t like it.”

Track helped him learn how to run and stay in shape for football season. He plays as a corner and a wide receiver. He said it shows if you are being out worked in football or track. Head coach Larry Wesley pushes the team to be better, he said.

“I ain’t gonna cap. Coach Wesley is like everybody’s father,” Thomas said. “He makes sure we are straight on levels even we can’t understand. Sometimes we feel like he is being hard on us, but I know he is only pushing us because he knows what we are capable of.”