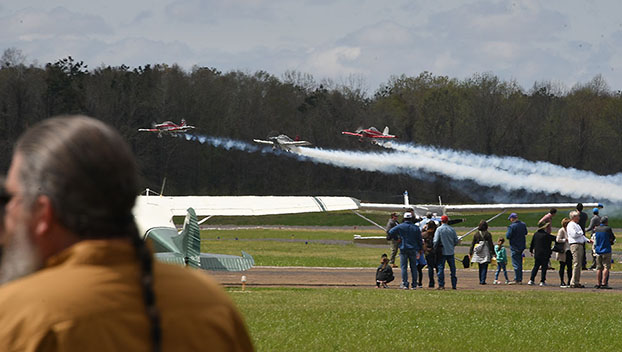 NATCHEZ — The Natchez-Adams County Airport has been awarded more than $3.8 million from the Federal Aviation Administration for planned upgrades to the 75-year-old, county-owned facility.

Last year, Director of Aviation Richard Nelson told the Adams County Board of Supervisors of the airport’s plan to resurface the facility’s runway to bring the airport up to par with federal aviation standards.

On Monday, board president Angela Hutchins announced that Congressman Michael Guest called to inform the board that they’ve been awarded $3,877,200 for the project.

Nelson said Monday the $3.8 million may not be enough to cover the entire project but it is a start.

“It all depends on how the bids come in,” Nelson said. “If it doesn’t allow us to finish the project entirely, we will do it in phases. … If we have to go back and ask (the FAA) for more for the whole project, we will.”

Nelson said the airport commission plans to advertise the project to contractors on May 12 and should have bids returned by June. Construction may start in July or August and is projected to last 60 days, he said.

“We will have one runway open during the construction period,” he said, adding the airport will have to close entirely for one day during construction to allow enough time for the paint to dry after striping the new runways.

“Right now, the FAA has our runway listed as ‘poor condition,'” he said. “Whenever a pilot who is wanting to fly in our direction sees something listed as poor, they don’t want to come in. Our runways are not in as bad of shape as that sounds but this project would put our runways back in ‘good condition’ for the next 10 years or so and should attract a lot more businesses and a lot more traffic.”