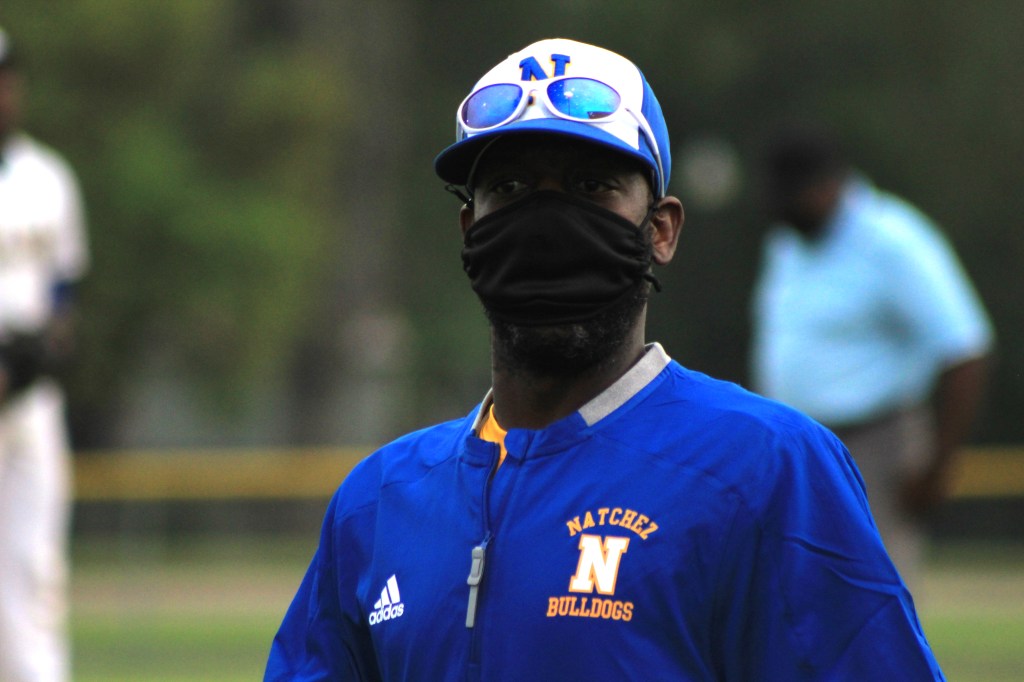 NATCHEZ — The MHSAA Class 5A Natchez High School Bulldogs had more than their share of opportunities to defeat the Class 4A Yazoo City High School Panthers last Thursday night at Chester Willis Field.

Natchez High scored one run in the bottom of the seventh inning to make it a 7-6 game and had the bases loaded in that frame. But a pop-up to shortstop ended the game and the Bulldogs ended up losing by that same score.

Head coach Dan Smith said that the inability to bring in runners who were in scoring position as well as untimely miscues in the field were the difference in the outcome of this game.

As for how good of a team Yazoo City was, Smith said, “They were okay. We should’ve won. (Thursday) night they played pretty good. They have a guy who throws a curveball. They kept our hits off balance.”

That guy was eighth-grader and winning pitcher Tierral Rials Jr., who was able to pitch himself out of some jams despite giving up six runs, four of them earned. 11 hits, walking five batter and hitting one batter. His curveball helped him strike out nine batters as he went the distance