Tennis is a family affair for Bulldogs 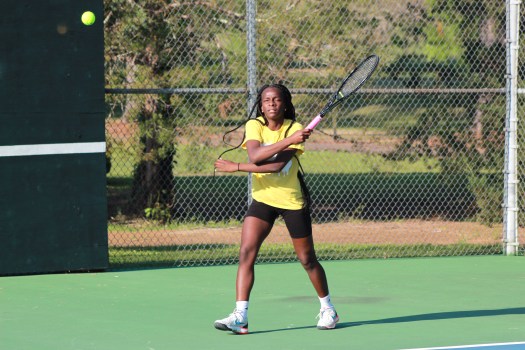 Kelsey McNeal returns a serve in a Natchez tennis practice. Kahri and Kelsey have played tennis since they were three or four years old they said. Kelsey also played basketball at Natchez high. (Hunter Cloud The Natchez Democrat) 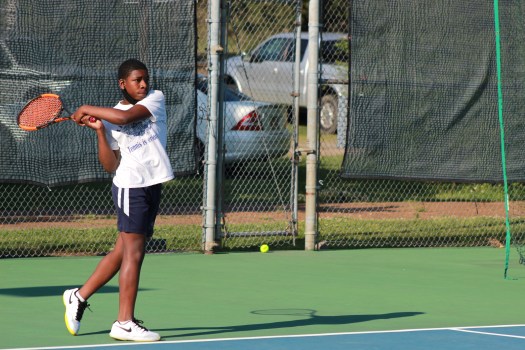 Kahari McNeal advanced to the Individual State Championships in Oxford for Natchez High School. Natchez was the runner-up in the district tournament. (Hunter Cloud The Natchez Democrat)

Tennis is a family competition for Kelsey McNeal and her brother Kahri McNeal. They play tennis for Natchez high school and have played tennis since they were three or four years old.

“My mom wanted me out of her face when I was a baby,” Kelsey said. “So she put me out here and signed me up for some camps. I have been playing ever since. “

Kelsey also played basketball at Natchez, and she is a senior. She said she enjoys tennis because it is fun, and because she gets to unleash her anger on the court. She said she likes being able to hit the tennis ball hard.

Kahri said he enjoys coming out and having fun with his friends on the tennis courts. He said he is very competitive. He enjoys playing games and playing against his sister.

“I’m extremely (competitive) even over little things,” Kahri said. “We both play the same things, so we try to be better than each other.”

He said it is weird to be around his sister so much during the tennis season because they typically are doing their own activities.

Kamden Lewis said he started playing tennis after his uncle Henry Harris convinced him to play. Harris served as the tennis director at Duncan Park for 28 years. Lewis said his uncle coaches him a lot.

Kierani Richardson has had to face a challenge in her family brought on by COVID-19. She said because her brother and sister are virtual students and her mom works, she has to find a babysitter to play tennis.

Richardson is in the Natchez Early College Program with Copiah-Lincoln Community College. She said she plans to go to the University of Southern Mississippi to study nursing.

“In middle school, we had to research a career, so nursing stood out to me,” Richardson said. “It is something I researched a lot and I like it.”