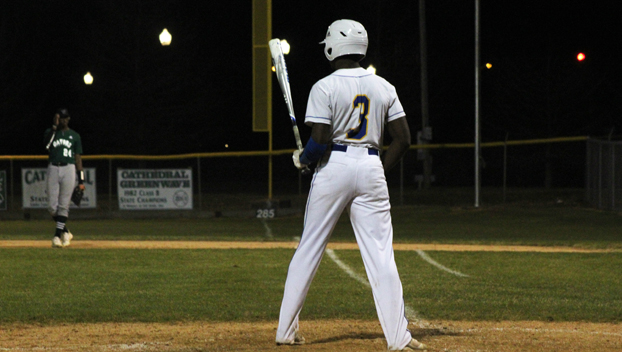 Trylon Minor stepped up to the plate against Jim Hill delivering five RBIs in the Bulldogs 22-3 win. (Hunter Cloud The Natchez Democrat)

The Bulldogs had no trouble scoring any runners on base like they have the last few games, head coach Dan Smith said. He thinks they may have left just one or two runners on base in the game. Natchez batting with runners in scoring position improved from how the Bulldogs did against Cathedral, he said.

The Bulldogs went undefeated in district play, scoring 88 runs in six games. After Smith said he lost seniors LJ Minor and Zehlin Cornett to injury early in the season, he said his younger players Cam Craft, Jwun Mackey, Jaylin Davis, Koren Harris and Jaylin Neal have stepped up for him.

He was not expecting to give those younger players much varsity time, he said. Looking ahead, he said the future looks bright because he was able to play those players.

Natchez is playing Franklin County at home Thursday night if weather permits and has games against Bogue Chitto, Crystal Springs, and Warren Central to close out the regular season.

“We will have to do a lot of intrasquad scrimmaging or something,” Smith said. “That is a big break. Me and coach (Campbell) were brainstorming on the bus on the way back (from Jim Hill) about how we want to attack that.”