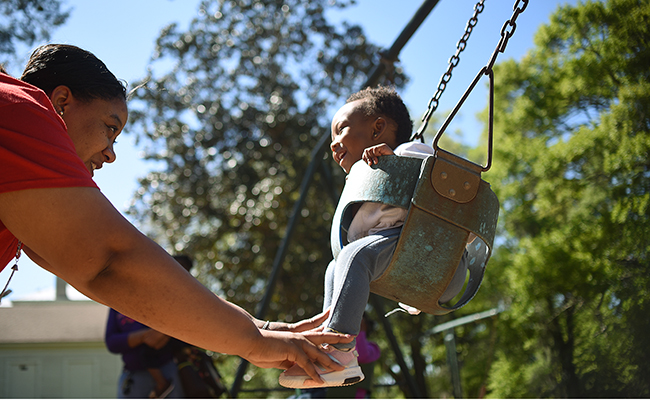 NATCHEZ — The City of Natchez is seeking a full-time parks and recreation director.

Faye Minor currently works part-time for both the City of Natchez and Adams County as sports and programs director and oversees the management of the community pool on liberty road.

The new director would be in charge of facilitating much needed improvements to city parks and facilities which are in “deplorable condition,” Natchez Mayor Dan Gibson said during a Tuesday meeting of the Natchez Mayor and Board of Aldermen.

Gibson noted the city’s playground equipment is over 40 years old and unmaintained, restrooms at Duncan part do not work, fences need replacing and the golf clubhouse at Duncan Park and community center at North Natchez Park are in need of restoration.

Gibson proposed the city take out a $1.5 million bond for all of the needed improvements.

“In order to do this, we need the staff,” he said. “We’ve got to have someone qualified to implement that plan and get it done.”

Gibson suggested a salary $55,000 for the position. The applicant must have a bachelor’s degree and preferably a master’s degree, he said.

The board granted approval to advertise for a full-time city parks and recreation director by a vote of 4-2 with Aldermen Billie Joe Frazier and Felicia Irving voting nay.

Before the board voted on advertising for a new parks and recreation director, Frazier moved that the decision be tabled until they discuss hiring a new director with the county.

Frazier referenced an inter-local agreement that the City of Natchez, Adams County of Board of Supervisors and Natchez Adams School District put in place in 2008 to restore recreational facilities county-wide.

“I don’t think it is necessary until we meet with the county,” Frazier said.

“These are six city owned parks,” Gibson said. “We’re not talking about the county. It is amazing to me that a city the size of Natchez has only one part-time director and one employee.”

A heated discussion took place during Tuesday’s meeting as Irving and Frazier asked why Minor was not being offered the position instead of having to apply.

“Why would she have to apply when we already have a person in place who has a master’s degree?” Irving said of Minor.

In response, Gibson said Minor would have the ability to apply for the position as would anyone else who is qualified.