Sojourner: Justices ‘got it wrong’ 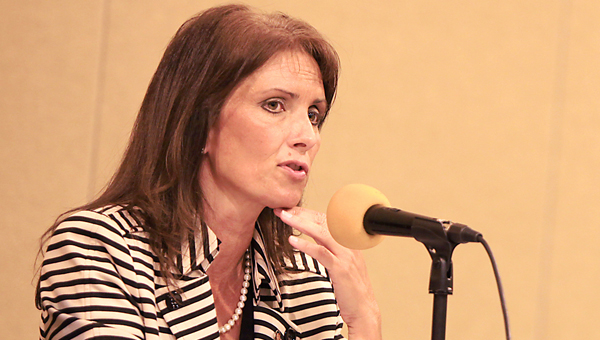 NATCHEZ — The Mississippi Supreme Court’s ruling on Friday to toss out the medical marijuana Initiative 65 because of an apparent technicality has many questioning if Mississippians’ right to be heard at the ballot box has been taken away.

Mississippians voted overwhelmingly in November 2020 to approve Initiative 65, which if allowed to stand would have paved the way for medical marijuana use under a set of strict guidelines and for specific illnesses.

In a six-to-three decision, the state’s high court ruled the language in the state constitution governing ballot initiative calls for petitioners to gather signatures for initiatives from the state’s “five” congressional districts.

However, in the 2010 census, Mississippi lost a Congressional seat and today only has four congressional districts.

Because of that, unless amended, the six justices in the majority said the ballot initiative is broken and “no longer functions.”

Some in Mississippi are calling on Gov. Tate Reeves to call a special session of the legislature to debate the ballot initiative and how to move forward.

State Sen. Melanie Sojourner, a Republican who represents District 37, which includes Adams County, said she agrees with the dissenting opinion of Justice James Maxwell II, who wrote the majority of justices stepped “completely outside of Mississippi law to employ an interpretation that not only amends but judicially kills Mississippi’s citizen initiative process.”

“I think they got it wrong and believe the system has worked just fine. Whether operating on four or five districts, it’s still a representative sample of Mississippi’s population,” Sojourner said. “The people spoke and passed the referendum resoundingly. I respect their wishes. It’s my belief that the legislature should take the people’s language and pass it into state law.

“I do not agree with a special session for this is just an unnecessary expense to tax payers. However, the legislature could and should immediately deal with this in January,” she said. “I have always supported the legislature updating this process for referendums going forward and several bills have been introduced to do that, but leadership has never allowed them to come forward for a vote.”

State Rep. Sam Mims, a Republican from McComb who represents District 97, which includes Adams County, said he thinks whether in a special session or in the next regular session in January 2022, the issue will be “fixed.”

“I think the initiative process and the decision on the medical marijuana usage will be fixed. We will either deal with those issues in a special session or we will do that in a regular session,” he said.

Mims said it is important that the public have a right to voice their opinion in an initiative process.

“We all believe the citizens have a voice and a right for their opinions to be known. It’s clear the language in the amendment says five Congressional districts. We have four,” he said. “We think it’s a big issue and is just a matter if we handle it in a special session or at a different time.”

On Tuesday afternoon, Lt. Gov. Delbert Hosemann released a statement, which said, “Citizen-driven ballot initiatives are an important part of policy-making, and I support reenacting the ballot initiative process. I also support a medical marijuana program, as evidenced by the Senate twice passing back-stop legislation which did not survive in the House. We are in the process of talking to Senators about the Supreme Court ruling as it relates to both issues and how to proceed.

“If the Governor chooses to call the Legislature back into Special Session, the Senate will be ready. Because Special Sessions are expensive, my preference is to approach this situation in an organized fasion so when we do return we can minimize costs to taxpayers,” Hosemann said.

Angela Cockerham and Robert Johnson, both Democrats, who represent Adams County in the state house, were not immediately available for comment on Tuesday.

School board taps employee to be next superintendent