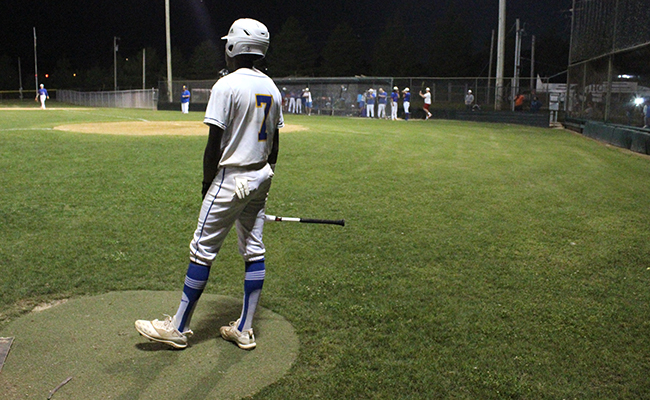 NATCHEZ — After a stellar junior season at Natchez High School, shortstop/utility player Dekaron McGruder will be playing baseball in the state of Georgia this summer as a member of Team Georgia.

“Team Georgia is an organization based in Atlanta,” Bulldogs head baseball coach Dan Smith said. “It’s a travel team. One of the people over it, Chris McRaney, is originally from Natchez. It starts from eight years old all the way to 18. I think they have a college team, too.”

During the 2021 season, Smith said he sent McRaney some video to see if McRaney like what he saw from McGruder and that McRaney came down to Natchez and watched him work out. McRaney said that McGruder’s got a lot of potential.

“That’s one of my goals is to get them lots of attention. Like Drake Melton at Jackson State,” Smith said. “I was excited about that for (McGruder). He’s played a couple of games already. I’m just proud of him representing the city of Natchez and Natchez High very well.”

In a season in which the Bulldogs won the Region 6-5A championship and received a bye to the second round of the 2021 MHSAA Class 5A South State Playoffs, McGruder had a .492 batting average, a .605 on-base percentage, an .864 slugging percentage, and an OPS (on-base + slugging percentage) of 1.470, had as many walks as he did strikeouts during the season with 10 each, scored 36 runs, drove in 16 runs, and hit two home runs, four triples, and eight doubles in 22 games played.

In his first at-bat, McGruder said he hit a triple. The summer league is using wooden bats, and it was the first time he ever used a wooden bat, he said.

“I went out there and played like I’m used to,” McGruder said. “The coach was like ‘that is just pure athleticism.’ That was my first time swinging a wooden bat.”

McGruder said he is playing centerfield for the team.

As for how playing with a travel team during the summer will help prepare McGruder for his senior season in 2022, Smith said. “He’s playing against competition worldwide. It’ll help him with his confidence. Playing against kids from New York and Florida. It’ll let him know that he can play against anyone. Confidence means a lot.

“Baseball is 90 percent mental. You’ve got to get closer to setting your goals. He’s playing with college coaches and Major League scouts. That’s a big, big deal. Every game, every tournament, there’s 10 to 20 scouts, 10 to 20 college coaches. In the bigger picture, that’s going to help the players behind him.”

Smith added that another Natchez High player, junior catcher/infielder Roderick Simpson, will be playing with a team from Louisiana this summer.