NATCHEZ — Adams County Sheriff’s Office investigators have arrested a man who allegedly attempted to kidnap a woman at gunpoint while she was jogging in a neighborhood near Melrose Montebello Parkway Friday evening.

Brandon Christopher Bamburg, 37, from the Lake Concordia area in Ferriday has been arrested and charged with kidnapping and attempted murder in connection with the incident on Friday, Adams County Sheriff Travis Patten said. 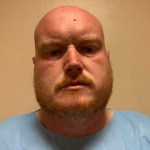 He is detained at the Adams County Jail without bond.

A female victim in her mid-30s was jogging in the neighborhood of Edgewood Road and Oakwood Lane at approximately 7 p.m. Friday when she was approached by a white male with reddish hair investigators believe was Bamburg driving a white Chevrolet 2500 truck, he said.

Patten said the victim told investigators the man exited his vehicle and asked her for directions.

“After she gave him directions she turned to run and that was when the suspect eased up behind her and pulled a pistol on her … and told her, ‘If you run or scream, I’m going to kill you,'” Patten said.

Patten said the man then dragged the woman into the truck and started to hit her in the head with the pistol, causing six deep lacerations in the back of her head. Patten said the woman saw duct tape and zip ties in the truck and continued to fight him. She bit him several times hard enough for him to let her go and when she got away she called 911.

Investigators continued to search for the vehicle or a suspect overnight and continued the search Saturday morning. Patten said he reached out to the neighborhood and through social media and asked for security camera footage from that night and was able to find a video of the truck at the time the incident took place.

Patten said Bamburg returned to the same neighborhood Saturday after Patten reached out on social media. He was apprehended after he was found sitting in his truck outside of the Adams County Courthouse. Patten said Concordia Parish Sheriff’s Office investigators went to Bamburg’s house in Ferriday and seized a bloodied gun believed to have been used in the kidnapping.

Patten thanked ACSO, Sixth District Attorney Shameca Collins and the Natchez Police Department for the way they responded to the case and the citizens who came forward with camera footage and CPSO for locating the weapon at Bamburg’s residence.

The victim is now recovering at home, Patten said.

“God’s hand was all over this victim and this case,” he said.