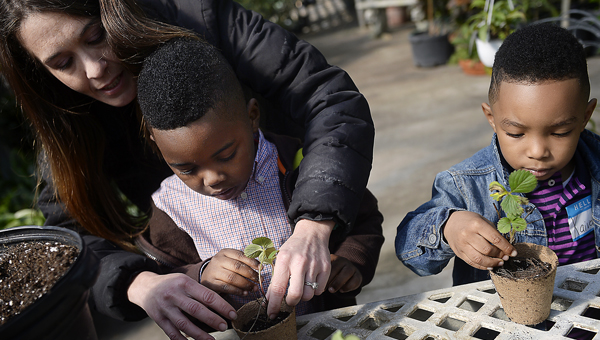 The termination is through no fault of the employees, the letter states, however the AJFC will no longer be the provider of head start services in its service area.

AJFC’s CEO Carmen Brooks Drake said the agency received a notice on Friday last week that they had lost their federal funding for the program and therefore did not have much time to give their head start employees an efficient notice.

“We got the letters out today to give as much notice as possible,” she said, adding the employees deserved more of a heads up. The AJFC has been supplying head start services since 1967 and some have worked with AJFC for more than 30 years, Drake said.

The program’s funding runs out on June 30, she said. The agency has approximately 220 people employed at Head Start centers in Gloster, Liberty, Fayette, Centerville and Woodville, including more than 100 at the Thomson Head Start in Natchez, Drake said.

No interruption in childcare service is expected at the centers as a new agency, Mississippi Action for Progress Inc. based in Jackson, takes over, Drake said, adding there could be an opportunity for many Head Start employees to be rehired by the new agency.

“The Office of Head Start has an interest in making sure there is no laps in service,” she said.

Drake said the federal grant supplied to AJFC for head start has a five-year lifespan before it is reissued. AJFC was placed in a competitive process for the grant due to a policy violation in 2016, she said.

Drake said a Thompson Head Start employee witnessed a teacher spanking a student who was related to her and failed to report to Child Protective Services and to a supervisor immediately. Both the spanking and failure to report were a violation AJFC policy, Drake said.

“(The employee) held onto that information and reported it months later to the regional Office of Head Start (in Atlanta). In essence, the board and the management team were deprived of the opportunity to correct the issue,” Drake said.

Drake said the AJFC investigated the incident once it was reported and the employee was terminated. However, the AJFC was notified on Feb. 21, 2020, that they would have to compete with other agencies to continue the Head Start program and the winner of the grant was MAP in Jackson.

“It is really an unfair process because it is not appealable and based on one isolated incident that has never been repeated,” she said. “The agency went through a robust corrective action process and revised its policies and improved systems and procedures to make sure that something like that wouldn’t happen and cameras were installed to catch the light. However, we were told that Mississippi Action for Progress’ proposal was selected over ours.”

“AJFC has been an institution and will continue to be in Adams County and throughout Southwest Mississippi. We wish the new grantee the best because that is what we desire for the community,” she said.