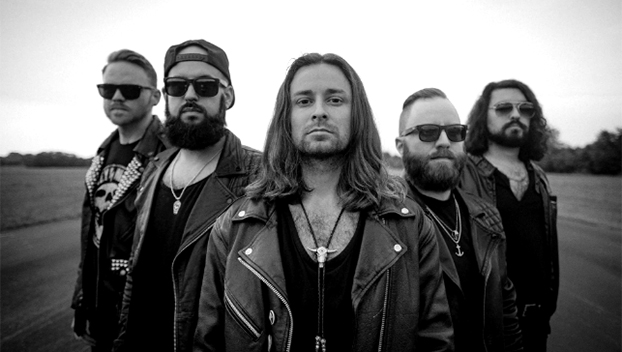 Burne Sharp, local music producer and former drummer for Bishop Gunn, said at 9 p.m. Saturday, one of his favorite rock bands from Nashville, “True Villains,” will be playing at Locust Alley’s new “A Room” at 511 Main St.

Doors open at 8 p.m. Attendees may also stay entertained in the hours leading up to doors opening by an acoustic performance and cash bar.

“This song highlights that sometimes in life we are forced into positions that cast us as the anti-hero,” the band told American Songwriter. “This track deals with the realization and overall acceptance of that role, and learning to lean into the characteristics of becoming the villain. Sometimes it’s ok to be the bad guy when we reach our breaking point.”

According to American Songwriter, producer Nick Raskulinecz — who has worked behind such artists as Korn, Evanescence and Halestorm — helped push True Villains new album to the next level.

This Saturdays show will open with a performance from Natchez native Ben Lewis of Bishop Gunn and some surprise guests, Sharp said.

“Nashville seems like a big city but it is a small town just like Natchez in the music sense. Everyone knows everyone,” Sharp said. “This band is going to put on a show that will rock people’s socks off. They opened for us (Bishop Gunn) more than a few times. We rock bands have to stick together.”

Sharp said tickets to the show are $10 in advance or $12 at the door. Advance tickets can be purchased at eventbrite.com/e/true-villians-at-locust-alley-tickets-160259246721.

The venue, ran by Greg Everhart, has only been open a few months and has hosted great musical talent almost every weekend, including some local bands, Sharp said.

While everyone loves to support local artists, Sharp said he plans to grow the Natchez musical scene by bringing nationally touring bands of varying genres here to present both locals and tourists a new taste in music.

“As a community, we should all continue to come together and support these new venues that are opening and these nationally touring acts,” he said. “Touring bands and not necessarily Natchez bands can still pull a crowd in Natchez. … Smoots and Locust Alley in particular are reaching out and bringing bands from all over. We get bands leaving Natchez and all they do is talk about it to their colleagues and other bands. It’s a two-way street. The bands want to feel welcome just as much as you want them to put on a good show.”

As the promotor of this and other music events, Sharp said Natchez is becoming a music destination.

“We’re going to see Natchez be one of the leading premier music destinations in the world,” he said. “The hospitality and people here are wonderful. We’re unique, different and awesome in every way. Let’s share it. The more support the local music scene, the more it grows.”