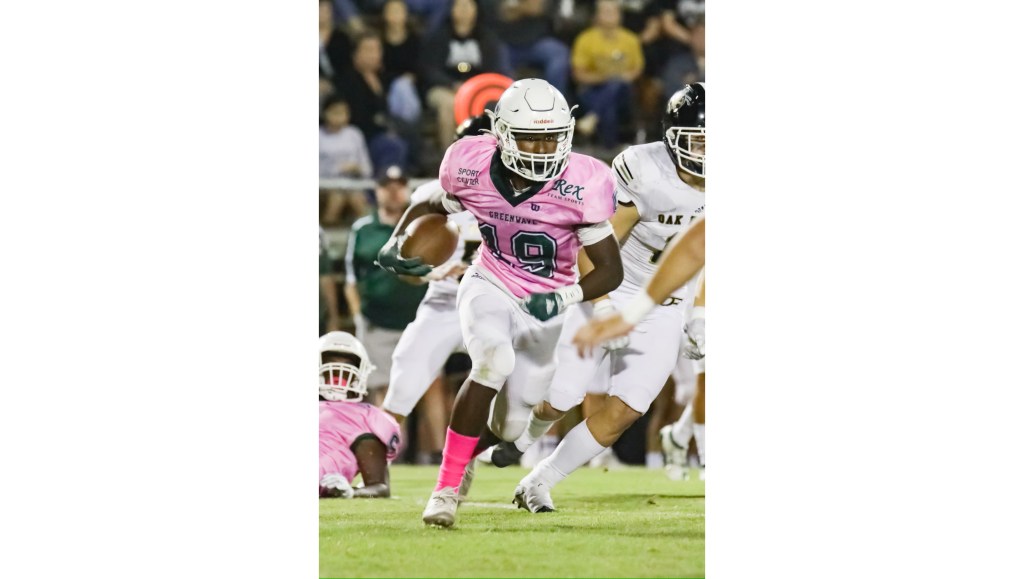 Jordan Henry scored the only touchdown for the Green Wave on a reception. (Jody Upton | Green Wave Athletics)

NATCHEZ — Oak Forest Academy’s duo of Reece Wolfe and Scott White combined for five rushing touchdowns as the Yellow Jackets cruised to a 39-7 win over the Cathedral High School Green Wave Friday night in the MAIS District 3-5A and regular-season finale for both teams.

While district champion Oak Forest (8-1, 4-0) will be one of the top seeds in the Class 5A Playoffs and receive a first-round bye, whether Cathedral (4-6, 1-3) will even get in is up in the air. The Green Wave entered the game at No. 11 in that classification’s power ratings.

“God willing, they (MAIS) will give us another chance,” Cathedral head coach Chuck Darbonne said. “(It’s) depending on who wins and who loses. I really don’t know.”

Wolfe and White each had two touchdown runs to give the Yellow Jackets a 28-0 lead by the end of the first night. Cathedral fans who attended the game at D’Evereaux Stadium for the Pink Wave Game for breast cancer awareness, Senior Night, and the halftime homecoming festivities were going to be in for a long game — but not as long as it could have been.

Wolfe scored on a 67-yard run and White ran in for the two-point conversion. That made it 36-0 in favor of Oak Forest with 9:12 left in the second quarter. The rest of the game ran on a running clock.

Ruston Relan made a 32-yard field goal to give the Yellow Jackets a 39-0 halftime lead.

“Oak Forest is one of the best teams in Class 5A. They had a great game plan and were able to execute it very well. They’re a well-coached group,” Darbonne said. “We were out of position a few times and they made us pay. They’ll be one of the top contenders to win it all.”

The Green Wave played better on both sides of the ball in the second half. The offense was finally able to put together a scoring drive late in the third quarter when Noah Russ threw a 31-yard touchdown pass to Jordan Henry.

“I was pleased with the effort in the second half. We were able to execute a few things offensively. Defensively, we played better. We did a better job tackling in space. I was glad to see us do something positive,” Darbonne said.

One player who stood out for Cathedral was Paxton Junkin. Darbonne said he had two or three of the Green Wave’s first downs and between six and 10 tackles. 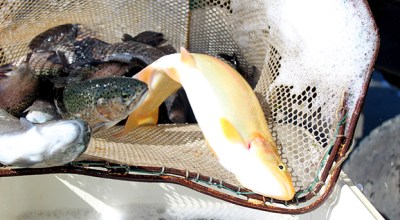