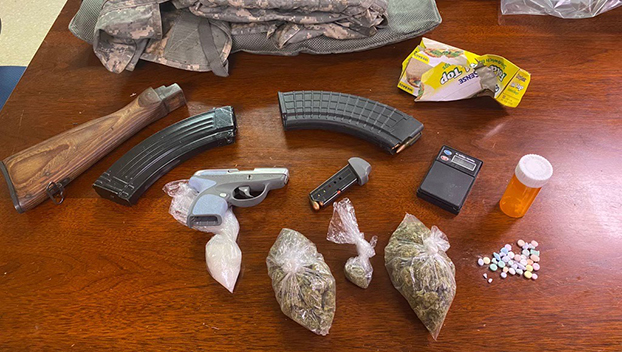 NATCHEZ — A Natchez man and woman were arrested early Friday morning on drug and weapon charges less than a year after the man was released from a felony sentence.

Members of the Adams County Sheriff’s Office were serving a search warrant at Holiday Apartments and inside found Dantashia McGuire, 25, and George Smith, 30, with three young children. 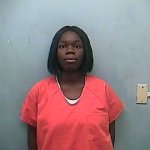 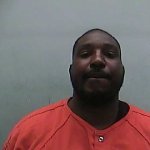 Smith had an active warrant for two counts aggravated assault in connection with a drive-by shooting at the 200 Block of Country Club Drive in the Broadmoor Subdivision in July, law officials said.

Two people were reportedly shot at during that incident but no one was hit.

“The law prohibits me from commenting on pending cases,” she said.

Natchez Police Department arrested Smith on aggravated assault and felon in possession of a weapon charges in March 2019, according to arrest records.

At the time, Smith would have been on supervised release after he pleaded guilty to a felony charge of fleeing law enforcement in 2018.

Court records show that the Mississippi Department of Corrections petitioned Sixth District Circuit Court for Smith to be discharged from post-release supervision on Dec. 28, 2020, after he was arrested by Natchez Police. The discharge was granted by Judge Lillie Blackmon Sanders on Jan. 22, 2021.

Sanders said Friday that she was not made aware that Smith had been arrested by Natchez police on another felony charge.

“The only way I would know that is if someone brought it to my attention, which usually comes from the probation officer,” she said. “There is no big computer lying around that shows if someone has been charged with another crime.”

“She knowingly harbored him inside of her house while knowing he had active warrant,” Sgt. Thomas McGinty, with ACSO said, adding deputies had contacted McGuire on different occasions looking for him in connection with the July drive-by shooting.