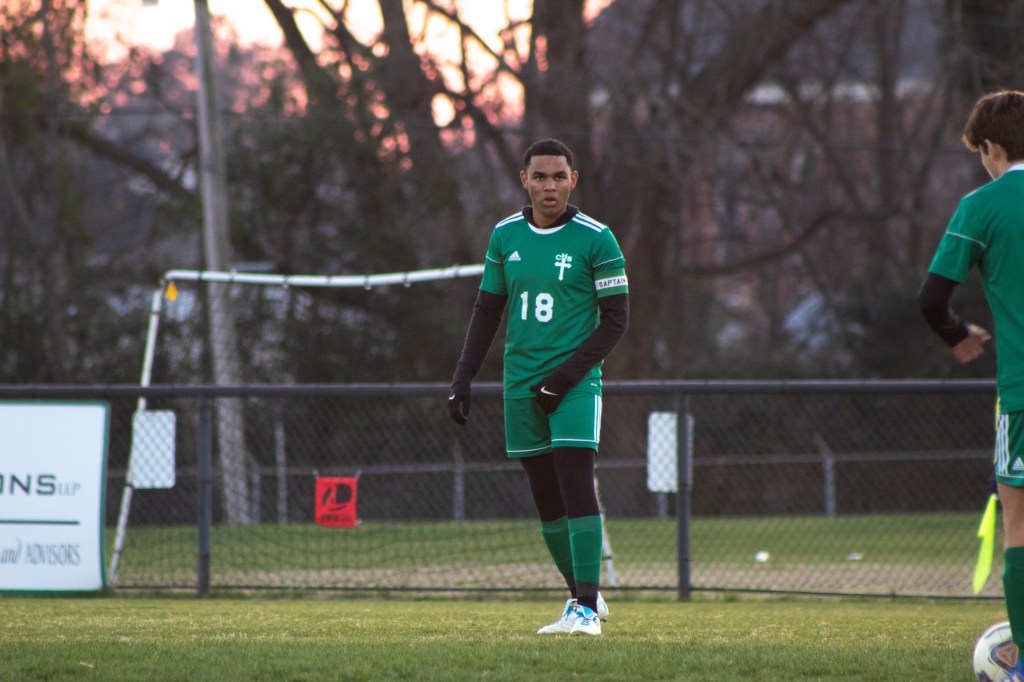 Cathedral alumnus Kennedy Williams plays soccer at Millsaps College in Jackson. In his senior season with the Green Wave he scored the penalty to send Cathedral to the playoffs and played in the MAIS all-star game. His performance caught the eyes of Millsaps who offered him an opportunity to play at the collegiate level. (Hunter Cloud | The Natchez Democrat)

JACKSON — It has been eight months since Kennedy Williams slotted home his penalty kick to send Cathedral to the playoffs over arch rivals Adams County Christian School. Now, he is at the end of his first college soccer season at Millsaps in Jackson.

This first season was challenging, he said. It took a few weeks to learn how to best balance his time in the classroom and on the soccer field. As the season progressed he found it easier to balance his time. He also found comfort in his teammates who are a mixed group of young and old. One player is a 27-year old graduate student from Germany; other players are from the Netherlands and Russia.

“From the get go my teammates were supportive and the culture was great,” Williams said. “It took maybe a few days to adjust but once I found my circle it was smooth sailing from there.”

Teammate support helped him through one of the toughest challenges of his first year in college: playing time. Coach Kurt Albrecht told Williams he was strong physically and had high fitness levels, but he needed to improve the technical side of his game and get more consistent on the ball.

Williams was progressing until a groin injury slowed him down about a month into the season, he said. It was a setback and something he had to continuously work through. His ankle, which he’d sprained in his senior year of high school, also gave him some issues, he said.

“I’m still going to work hard,” Williams said. “My teammates would come up to me and say ‘We see you working and you are one of the hardest working kids on the team.’ They believe I can develop into one of the best players on the team. Work ethic is something I pride myself on and it is something Cathedral taught me.”

In an exhibition game against Co-Lin Williams got 25 minutes of game time and nearly scored his first goal. The moment was one he had prepared for since he first started playing soccer.

“I stepped onto the field and took a deep breath,” Williams said. “In the moment I was like ‘I’m here now. All my hard work got me here.’ Once I had that feeling, I had to let it be short lived.

“I was just trying to stay focused on the game.”

Going into the next season, Williams believes he can break into the starting lineup. He said his work ethic is what will get him there, as will being 100 percent healthy.

He is a pre-med with a focus on biology. He said he is talking to a counselor to maybe become a psychology major so he could do clinical psychology or become a physical therapist.

“To the kids who are in the Miss-Lou and want to play college soccer or college sports in general, my advice is to continuously work hard,” Williams said. “Nothing is impossible. I would also say to trust God. He has helped get me this far. If you want to be the best, you have to work to be the best and train to be the best. You should love the process and crave the end result.”

Bulldogs ready to take on hills at state cross…