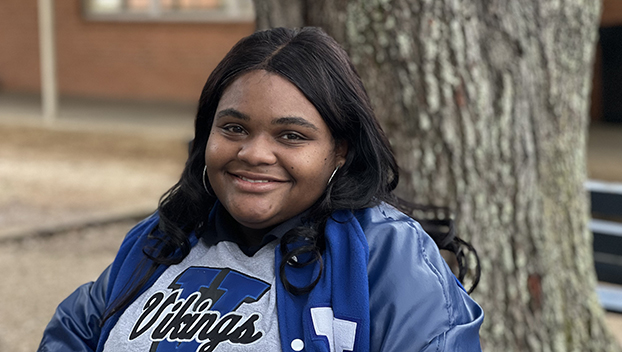 VIDALIA, La. — Vidalia High School senior and Sidney A. Murry Jr. Citizenship Award recipient Trinity Riley aspires to be a good citizen by helping others as a lawyer after she graduates from high school and college, she said.

As one of the top three students in her class, Riley said she wasn’t expecting to be picked to receive the citizenship award over some of her peers. One student from each high school class in the parish was recognized with the award at a regularly scheduled meeting of the Concordia Parish School Board last month.

“I’ve never gotten it before. It’s new to me and I wasn’t expecting it,” she said.

Riley said she plans to major in Criminal Justice at Southern University and later go to law school. She enjoys watching “The First 48” television show, which focuses on real-life investigations, and figure out before the show ends who is innocent or guilty.

“I am a very argumentative person and I just want to fight for what is right and help people in any way possible,” Riley said.

Riley said her biggest supporter of her dreams is her mom, LaShea Riley.

“She pushes me, makes sacrifices and does all that she can for me to make sure I have all that I need to succeed,” Riley said. “She never lets me stop or give up but encourages me to keep going.”

Riley is captain of the cheer team, president of the National Honor Society and is a member of the National Beta Club at VHS. She also is on the praise dance team at Greater Mt. Carmel Baptist Church. She said she enjoys English IV and mathematics and works part time at Sonic and tutoring younger kids.

“I find joy in tutoring younger kids because it helps them learn more and get more out of a lesson than they would in school,” she said.