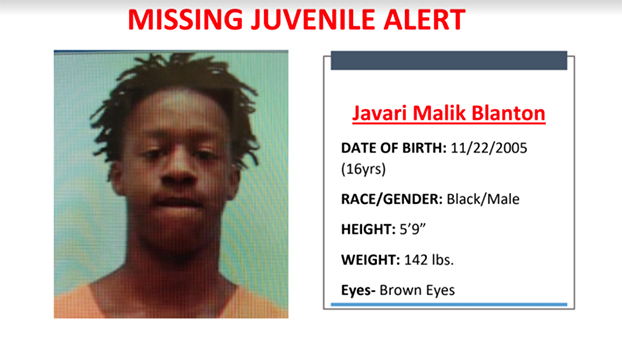 NATCHEZ — A Natchez teen has been reported missing by Adams County Sheriff’s Office.

He was last seen Monday, Nov. 8, in Vidalia, La., and has not returned home to Natchez since, law enforcement officials said.

He was seen in a white Nissan Altima. His direction of travel is unknown.

Maj. Frank Smith said detectives had spoken with the teen’s father who after communicating with his son was under the impression that he would return home Thursday night.

“As of this morning (Friday), he hasn’t come home,” Smith said. “We have no new information.”

If anyone has information regarding Blanton’s whereabouts, they should contact Adams County Sheriff’s Office at 601-442-2752 or investigator Carla Dunn at 601-492-9830.

‘You can’t grasp the magnitude of it,’ Parents share…