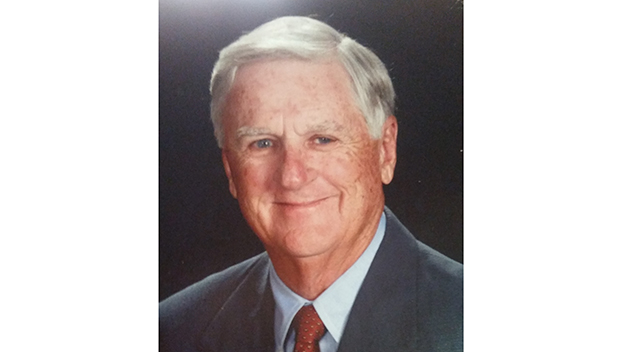 Richard A. (Dick) Walcott passed away November 23, 2021, after a lengthy illness. His funeral service will take place at Laird Funeral Home Chapel on Friday, December 3rd at noon with Father David O’Connor officiating.  Visitation will begin at 11 am until service.

Dick was born in Natchez on June 18, 1938, to Inez and Richard A. Walcott Sr. He graduated from Cathedral High and went on to study broadcast journalism at USM from which he received his bachelor’s degree. After graduation he entered the Air Force and served through the Cuban Crisis. In the Air Force he served as Communications Director in Myrtle Beach, South Carolina. Upon release from the Air Force, he began his career as Sports Directors at the NBC affiliated stations in Alexandria, LA and then Baton Rouge, LA. Throughout his broadcasting career he was also the voice you heard on television and radio announcing football, basketball and baseball for LSU, Southern University and Catholic High School in Baton Rouge. Dick had a gift telling tales of incredible highs and lows in the careers of thousands of phenomenal athletes and events.  His words defined the loving compassion of his character because he uplifted each person and highlighted their talents and attributes.

Upon retiring from broadcasting, he became heavily involved in the golf business and worked for the Gulf States Section of the PGA running their junior golf program. Up until his illness, he loved to help Greg Brookings with his Norman Puckett junior clinics each year at Duncan Park.  He also continued broadcasting football for the Catholic High Bears for over 20 years.

The family would like to thank Dick’s caregivers Latoya Carter, Barbara Reed and Jessica Carter of Home Sweet Home Homecare Services along with Deaconess Hospice Nurse Courtney and Aid Jackie. These wonderful people made it possible for Dick to continue his stay at home for the duration of his illness.

In lieu of flowers a donation in Dick’s memory to the Stew Pot, P.O. Box 298, Natchez, MS 39121 or a charity of your choice is appreciated.