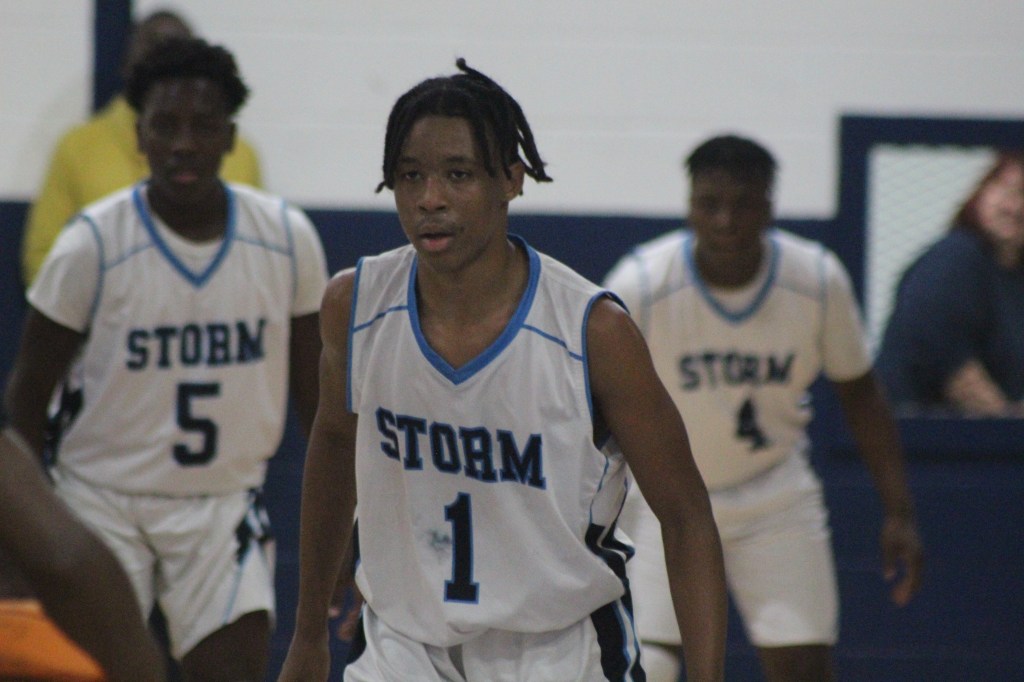 FERRIDAY — Delta Charter Lady Storm held off one last offensive charge by Madison Parish as they won 46-44 Wednesday night. It was the second of four games this week for the Storm.

Head coach Ronald Ellis’s daughter Raniya Ellis had 25 points for the Storm, leading the team in scoring. Her brother Ron plays for the boy’s team and scored 10-points. In warm-ups, she said she felt like she had to come out and do something.

The Lady Jaguars fought back from being down four or five possessions in the fourth quarter. With two minutes to go, the Jags were down by two scores. They had a chance in the final minute to make the game a one-possession game.

As time expired, Madison threw up a shot and got it to drop as the buzzer sounded. They were two points shy of a comeback.

“If they play tough, you have to play tough,” Raniya said. “You can’t let them think they are going to win the game.”

The victory comes in the middle of a four-game stretch in four days. Ronald said he would not do anything for a couple of days by Friday night. They play Claiborne Christian on Thursday and Delhi Charter Friday night. Raniya said she feels tired after playing two-games back-to-back but expects to feel worse after the fourth game.

“It’s tough playing four games in a row. I feel sore after the games,” Raniya said. “I use a massage gun that my dad has to combat the soreness.”

Madison Parish dominated the boy’s game in the first half and second half as they won 67-46 Wednesday night. The Jaguars had a lot of size and used their height to their advantage in the paint.

As Delta Charter struggled to make baskets, the Jaguars capitalized by getting rebounds. They won the battle of the glass, Ron said.

“We couldn’t get the offensive rebounds,” Ron said. “We need to work on blocking out. We may not be tall, but a lot of us can jump high. Our coaches expect us to jump as high as we can and box out to get rebounds. We have to use our maximum effort to try and get the rebounds.”

Delta Charter put up a fight in the first half and attempted a rally late in the second quarter. After getting a few three-pointers to drop, the Storm surged to cut the Jags lead to seven at the half.

“We were down by seven and thought we could come back going into halftime,” Ron said. “Coach gave us some motivation, and we came out and tried to push back. They just came out harder tonight. Hopefully, tomorrow, we can beat the next team. I think everyone on the team did good and tried their best tonight.”