NATCHEZ — Adams County Sheriff’s Office apprehended a man out on bond with felony charges for allegedly kidnapping a woman at an apartment complex on Wednesday.

A news release from ACSO states that on Wednesday evening, deputies responded to a call of a disturbance at No. 26 Village Square Apartments.

When deputies arrived, they noticed the back door had been kicked in and there were signs of a struggle. Deputies were able to develop a suspect and distribute the information to the Natchez Police Department and the Jefferson County Sheriff’s Office. 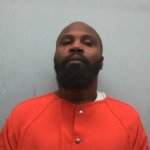 The Adams County Sheriff’s Office Special Operations Group observed Smith’s vehicle on Highway 61 North near Washington. Smith attempted to elude deputies but was taken into custody without incident at the end of Kaiser Lake Road.

Investigators spoke with to Fells, who was the passenger in the vehicle, and returned her back to her family safely. Smith had an active indictment for felony fleeing law enforcement, tampering with evidence, possession of a schedule II drug with intent to distribute and resisting arrest. He was out on a $5,000 bond for the aforementioned charges.

Adams County Sheriff Travis Patten stated in a news release from ACSO that he could not be more pleased with the outcome.

“Fells is back home safe and Smith was taken into custody without anyone getting hurt,” Patten said. “So often the outcome of these situations do not end peacefully.”

Patten also said the quick actions of all the agencies were very much appreciated.

“Crimes like this effect all of us when they happen and we want to thank them for their assistance,” he said.