Tayshon Levanthony Holmes was arrested on a murder charge by Adams County Sheriff’s Office on Oct. 26, one day after human remains had been found on Booker Road. 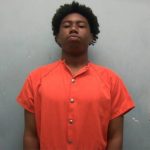 The remains were identified as belonging to 19-year-old Bill Calvin Jr., who appears to have died from a gunshot wound to his head, Adams County Coroner James Lee said after autopsy reports returned from the State Crime Lab.