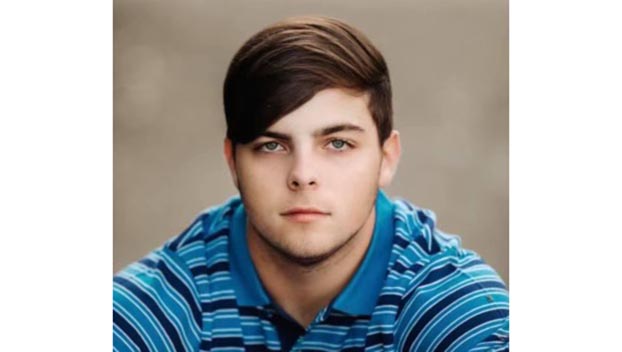 Dylan LaPrairie is hospitalized with brain and spinal injuries from a Saturday car accident which occured in Adams County. Friends of LaPrairie have started a GoFundMe to help with medical expenses. (Submitted photo)

VIDALIA — A Vidalia teen is hospitalized with brain and spinal injuries after a single-vehicle accident, which occurred on Saturday evening.

His mother, Leah Roberts, said he is being treated at Rapides Regional Medical Center in Alexandria, Louisiana, with three broken vertebrae and multiple small spots of bleeding in his brain. On Tuesday, he had just woken up after being placed on a ventilator, she said.

“I do know that the swelling has gone down and it’s not getting any worse,” she said. “With him just waking up, we don’t know the extent of it or what the long-term or short-term impacts are.”

When they arrived, they saw a Silver Ford Fusion overturned in a field with people lying on the ground. Roberts said her son was ejected found lying 40 yards from the vehicle.

Another passenger, who is a juvenile, crawled out of the car with a broken femur and dislocated hip and has since been treated and released from Merit Health Natchez.

“It was a chaotic scene with bystanders trying to help the guys who were on the ground,” Patten said.

The driver, 20-year-old Landon Paul Thompson, had been charged with DUI causing death, mutilation or disfiguring of another. He received a bond of $200,000 and is detained at the Adams County Jail. He was treated for minor injuries, Patten said.

“If you’re going to drink, don’t drive,” he said. “Call a taxi or someone else to drive you. It’s one thing to endanger your own life and another to endanger the lives of passengers and others who are traveling on the road.”

A DUI that causes disfiguring, mutilation, death or long-term disablement of another carries up to 25 years in prison, he said. Roberts said what matters to her is that her son is alive.

“We’re like one big family,” Roberts said of Thompson. “It’s a sad situation.”

She added she is grateful to her community who has been supportive of her family during this challenging time.

“Being from Vidalia, everyone has been so supportive,” she said.

On Monday, a GoFundMe page was created by friends of LaPrairie and his family to help them with medical expenses. To support LaPrairie, visit www.gofundme.com/f/help-leah-robert-and-dylan-laprairie.