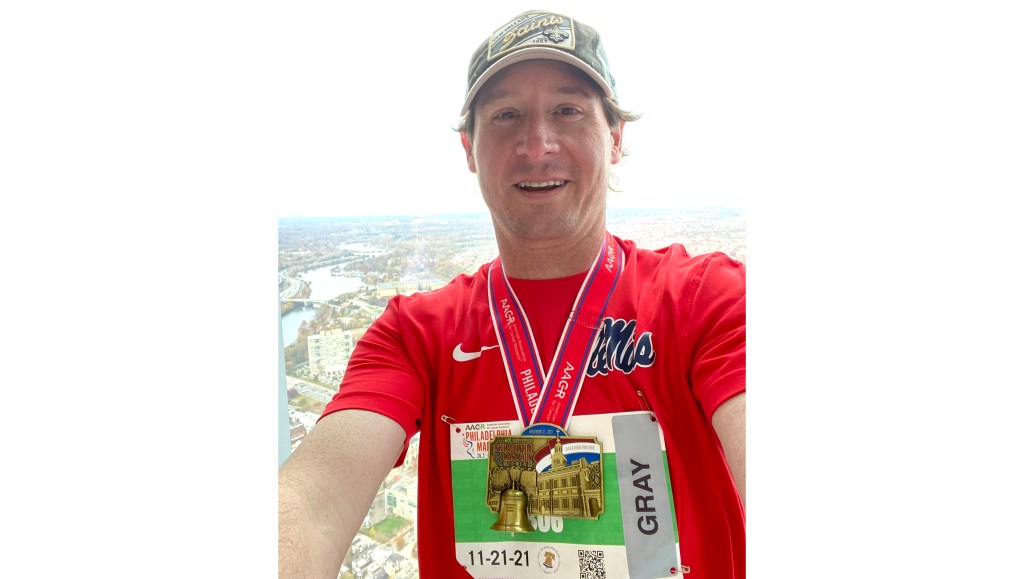 Natchezian Forrest Johnson III after running a marathon in Philadelphia on November 21, 2021. He will run in the Boston Marathon this April. (Submitted Photo)

NATCHEZ — Natchezian Forrest A. Johnson III will check off another state in his quest to run in all 50 states after he competes in the 125th Boston Marathon this April.

“I’m excited about it. It is a tremendous honor and a lifelong goal,” Johnson said. “It is the pinnacle of marathons, it is a big deal. I have been running marathons for the past few years and my goal is to run in all 50 states by December. I’m at 45 right now.”

The prestigious Boston Marathon is held annually on Patriots Day, which is the third Monday in April. Runners qualify for the marathon through having a certain time or by being chosen to run for a charity team. He will run for the New England Patriots charity team as they work to raise money for the Myra Kraft Community MVP Awards Program.

Funds for the charity are raised by soliciting donations, he said. People can donate at www.givengain.com/activist/514447. He is a registered financial advisor with the NFL Players Association and applied to run for the charity. They called him to tell him he was accepted.

After the Boston Marathon, Johnson will have five states remaining on his list: Alaska, New Hampshire, Vermont, New Jersey and Mississippi. He is saving Mississippi for last and can choose between a marathon in Meridian, the Gulf Coast and one in Jackson.

The quest has created many memorable runs for Johnson. During a night race in Nevada, he set his personal record of 3 hours and 59 minutes. Runners crossed through the desert and finished the marathon on the Las Vegas strip under the lights, he said.

Johnson started distance running by racing in 10ks and then worked his way up to a marathon, which is 26.2 miles.

During the week, he trains by running four to five days a week and five to six miles on those week days. The weekend is when he will run a longer distance from 10 to 20 miles depending on how close he is to his next marathon.

“When you are running a marathon it is one step at a time and you just keep grinding,” Johnson said. “It is a great time for me to gather my thoughts. It is one of the things I enjoy about long distance running. It gives me time to relax my mind and clear my head.”

Time is not a motivation, he said. He wants to enjoy the run, and he knows the end of the race will be tough, as all are.

“All marathons are unique. It could be miles 22 to 26, but you will hit a wall. Where you hit the wall is different,” Johnson said. “You have to roll up your sleeves and grind it out. You will always have a tough and gritty finish.”