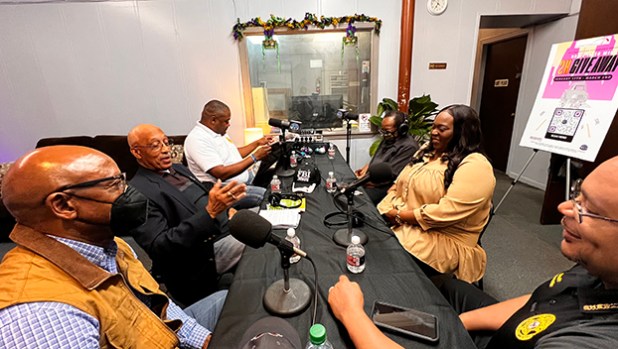 The Natchez radio station 97.7FM-WTYJ broadcasted a town hall discussion at 7 p.m. Monday in response to the increase in violence in the city, particularly among youth. Broadcast participants included a panel of area pastors along with Natchez Police Chief Joseph Daughtry and Adams County Sheriff Travis Patten. (Sabrina Robertson | The Natchez Democrat) 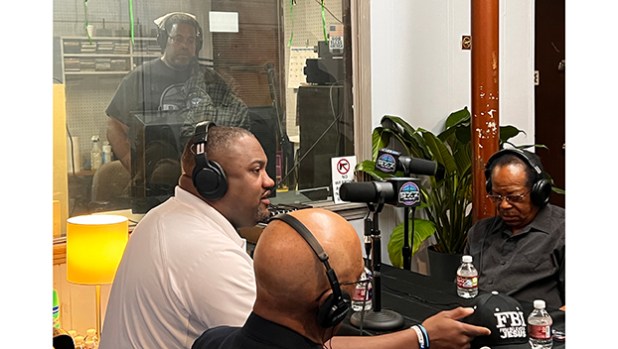 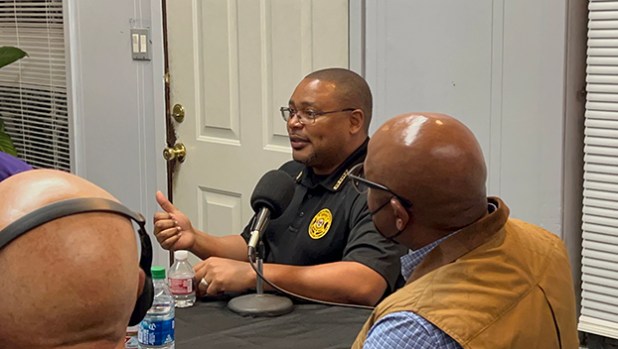 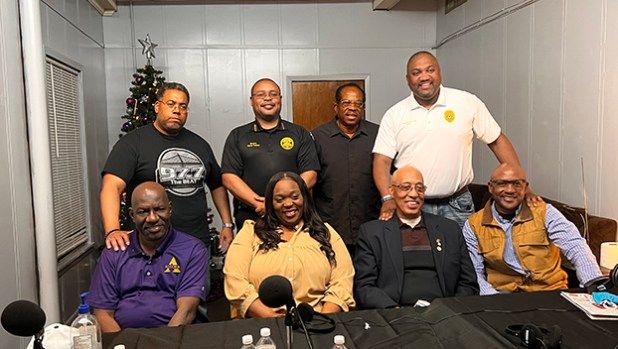 NATCHEZ — The Natchez radio station 97.7FM-WTYJ broadcasted a town hall discussion at 7 p.m. Monday in response to the increase in violence in the city, particularly among youth.

Police have charged 18-year-old Jordan Caston with first-degree murder and shooting inside of the city limits, stating Caston “had the intent to kill” Brown without giving any motive.

This event comes within a few weeks of two 15-year-olds being injured in another shooting just a few blocks away on East Oak Street.

Inniss said his goal of hosting the town hall was not to simply talk about the violence among youth but to come up with solutions. Before the conclusion of the broadcast, each person was asked about what steps could be taken before May that would address the problem.

It was during this radio show that Patten and Daughtry revealed a plan to implement a program here facilitated by Andre Norman, a motivational speaker known to many around the world as “the ambassador of hope.”

Norman’s own childhood experiences led him to a life of gang activity and violence and eventually to receive a 100-year prison sentence.

During a two-year stay in solitary confinement at a maximum-security prison, Norman decided to turn his life around. After winning his appeal, Andre walked out of prison in 1999 after serving fourteen years. He was armed with a GED and a dream to attend Harvard University and become successful, which he did.

“I’m not too big to ask for help. I’ve seen what this guy can do. We need a neutral party to come in and facilitate everything that we’ve talked about here. That way, politics and personality won’t get in the way and we can put forth a true effort to save our youth,” Patten said.

The panelists agreed that the thing children need most is someone to listen to them, whether that person is their parent, someone at their school or someone else from the community.

“We have kids who need love and someone to talk to,” Daughtry said. “We need people who will make a commitment to be there for them, and not just for a couple of hours and then be done with it. And one thing we don’t need to do is lie to them. … I’m tired of going to parents and telling them their child is dead. I’m tired of picking mothers up off of the floor. We have to start speaking life into our children.”

Searcy said the problem of youth violence impacts the entire community, not just the youth and their families. It also affects businesses, schools and the city as a whole.

“It takes a village to raise a child, but we’ve lost the village,” Searcy said. “We need to let these children know that someone cares—not throw them over the fence but to come across the fence and spend time with them and to show up and be a dad to those who don’t have a dad.”

Furdge said the community could not depend on the pastors and authorities to do it all.

“I challenge those listening to go to where they are and reach them where they are,” she said. “I’m charging the young ministers out there who want to preach but your real ministry is not behind the pulpit. Your ministry is in the street.”

“We need everybody saying enough is enough,” he said.

Marvel said another thing everyone can do is pray.

“If we reach out to our congregations, asking them to collectively pray for a change among our young folks, God will hear and answer prayer,” he said.

Inniss said this would be the first of many discussions with different panelists going forward, each of which would be broadcast on 97.7 The Beat, natchezradio.com and on the Facebook page, 97.7 The Beat Natchez. During the broadcast, questions were also taken from listeners via the comment section on Facebook.