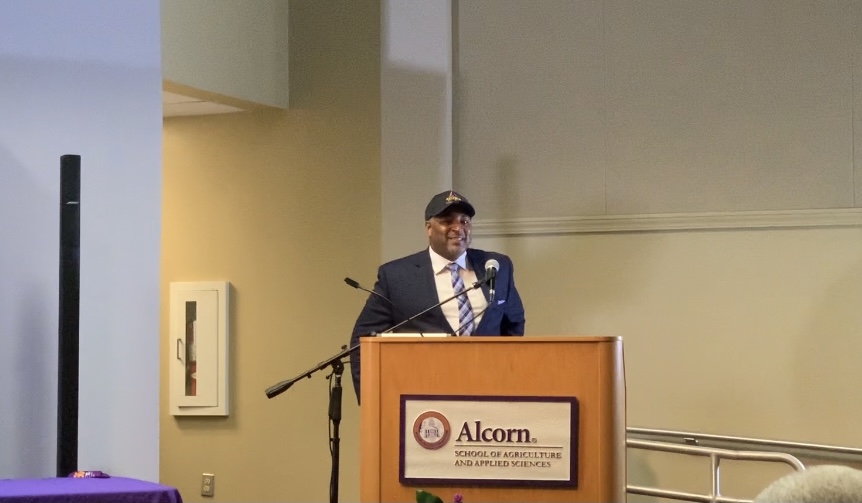 LORMAN — Alcorn State announced its next athletic director would be Raynoid Dedeaux Monday morning in Lorman. Dedeaux graduated from Alcorn State and served the Mid Eastern Athletic Conference since 2006.

It was a job he long dreamed of. When he was a student at Alcorn State, he had to write his bio and what he wanted to do in 20 years. He said he wrote athletic director.

“Twenty years later I’m here. It’s great. There are certain things in life that is defining. Marriage, the birth of your children. I put this up there,” Dedeaux said. “I’m filled with emotion. I told my wife as we drove here, I always got the same feeling before I played a game. I would be filled with butterflies. Once you get started it’s on.”