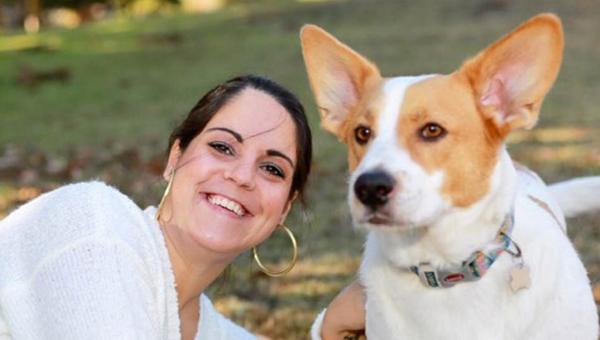 FERRIDAY, La. — Members of the non-profit Concordia PAWS animal shelter in Ferriday made a plea this week to the Concordia Parish Police Jury for financial help.

Donna Jones, who spoke for Concordia PAWS at the meeting, told the Police Jury that after March expenses are paid, PAWS funds will be mostly depleted.

She said the founders of the shelter, including Dianne Watson, Lydia Wilson and Carole Webber, still work at the shelter almost every day.

“These ladies have been bitten and fallen and injured in some way,” she said. “These ladies are in their 70s. They cannot keep doing this alone. We have to have some help from the Parish in order to keep the shelter going.”

“We have had a great group of volunteers over the years, but that is dwindling away. We need more volunteer help, too.”

The number of private donors who have supported Concordia PAWS through the years shows that the people of Concordia Parish want these animals take care of.

“We have really nice donors who have gotten us a good amount of money over time. Without these people, I don’t know what we would do. We have somehow struggled through all this time,” Jones said. “This parish wants us to take care of these dogs. Their hearts go out to these creatures. God wants us to love all creatures … We can’t save the world, but we can save these dogs. We can make a difference in their lives.”

In the last four years, PAWS has taken in more than 200 adult dogs and more than 700 puppies. After being brought back to good health, more than 100 adults and 150 puppies have been adopted out locally. More than 100 adults and 600 puppies have been transported “up north,” Jones said, where they are wanted. She said stringent spay and neuter laws in the northern area of the country have worked to decreased the unwanted animal population there.

Concordia PAWS has teamed up with the organization Hoofbeats and Pawprints, an animal transport group. However, that costs $1,000 per month, and $150 per dog for heartworm treatment.

Our connection with Hoofbeats and Pawprints … I don’t know what we would do without it. They have their own van. They arrange for places up north to take these dogs and get them adopted out,” she said. “That has saved us. If we didn’t get these dogs out of this parish, we would be just as overrun as when we started.”

Jones said utility bills continue to climb each month and large vet bills are owed due to outbreak of pneumonia, coccidian and parvo. She said the current shelter has no area in which to quarantine sick dogs.

“Donations are no longer enough to cover our bills,” she said.

• form a committee to address the animal control issues in Concordia Parish. The group suggested two police jury members and two PAWS members for the committee in order to develop a plan for the future.

• approve immediate relief for PAWS to prevent closure of the only animal facility in the parish.

• reimburse PAWS for the existing one employee at PAWS and to add another so the shelter can be staffed seven days a week.

• set an “emergency” monthly reimbursement amount to keep the shelter running while a long-term plan is formed.

Police Jury President Collin Edwards asked Jones to provide the police jury with a listing of all current monthly expenses, as well as other debts, like vet bills. He said the police jury would revisit the request at its next meeting.