NATCHEZ — A Natchez man faces 30 years in prison with five of those years suspended after entering an open plea for abuse of a 3-month-old child.

Davion Minor was arrested in October 2020 after a 3-month-old baby was found struggling to breathe at Holiday Apartments in Natchez. 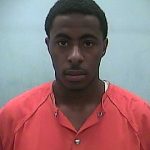 “The child stopped breathing while being transported to the hospital, but was revived by AMR personnel. The baby suffered multiple injuries including a bilateral fracture of the skull, both legs were broken and had rib fractures that were healing. There is a possibility of long-term brain damage and vision problems,” said Adam County Sixth District Attorney Shameca Collins.

“The remaining 25 years must be served day for day,” Collins said.

The child’s mother, Jabreunna Thomas, was initially arrested for abuse, but the investigation showed she was not at home at the time the incident occurred, Collins said.

“A 3-month-old baby is innocent and cannot do anything for himself or herself. There is absolutely no reason this child had to suffer these types of injuries at the hand of another person, especially a caretaker,” she said.

Collins thanked the officers of the Natchez Police Department, medical staff at Merit Health Natchez, AMR, Air Evac and Our Lady of the Lake Hospital in Baton Rouge.

“I would also like to thank Judge Blackwell for handing down an appropriate sentence in such a senseless crime.”