NATCHEZ — Adams County Supervisors went into executive session on Monday to hear an independent report on the condition of the Adams County Jail.

Adams County Sheriff Travis Patten sought an independent analysis of the jail from Kathryn Bryan of Detention Operations LLC, “someone without a dog in the fight.”

Board Attorney Scott Slover asked that the report be heard and discussed in executive session because it could reveal potential security and liability issues involving the jail.

Kevin Wilson, supervisor of District 2, would not discuss any information revealed by Bryan in her report during the executive session, but said, “It was depressing. It was not a good report. But it really wasn’t anything new. This jail is just like it’s been for the last 10 years.”

Other past jail reports, as well as those from Patten and his deputies, have indicated on multiple occasions that the jail is not safe for jail staff or inmates and could pose a liability to the county and a security risk.

The jail has major issues with mold and plumbing to the point that one clogged toilet can lead to water leaking from the third floor of the jail all the way to the basement. The multi-level jail has a number of blind spots that security cameras cannot cover and technology is so outdated that were a fire to break out in the jail, staff would have to go to every jail cell and unlock it with a key, Patten said.

“We are going to have to do something,” Wilson said. “The biggest problem we have around here is everybody thinks they are in an election year all the time. That’s the truth. Everyone is worried about their next election, not what they need to do.

“We will have to address this jail. Fixing it is not an option because it is so badly designed and it is crumbling. It was built on a small footprint and there was nowhere to go except up. We are going to have to find a way to put prisoners somewhere else and build a new jail. The taxpayers deserve better and the people in the jail deserve better.”

“Before the pandemic, a new jail was estimated to cost $14 million. I can only imagine that same jail would cost $18 million or more right now,” Middleton said. “I cannot vote to raise taxes to build a jail. The people are already hurting. For a year now, I’ve tried to think outside the box to find a solution. As a board, we are trying to do our research and do the right thing with the taxpayers’ money to try to eliminate any liability. But we are going to have to do something.”

“We are going to have to do something. I spoke with the woman and asked if she could give a town hall meeting and explain these issues with the jail to the people,” Hutchins said. “We are going to have to build a new jail before something happens. There are so many regulations that are required os us that we do not have in place. I don’t want to raise taxes, but I want to look at grants. There may be grant funds available for a jail. And we have some ARP money that we perhaps could use.” 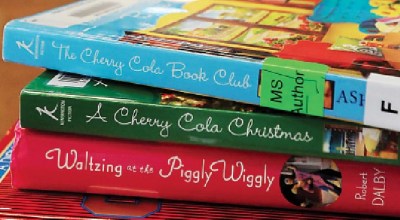 Natchez man charged after exposing himself to and grabbing…