‘A Very Natchez Revue,’ Debut of stage performance at Concord Quarters a success 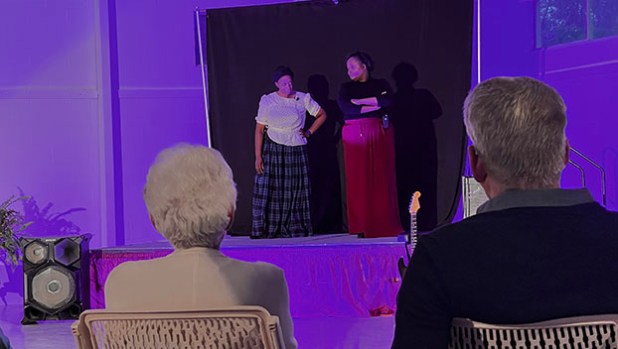 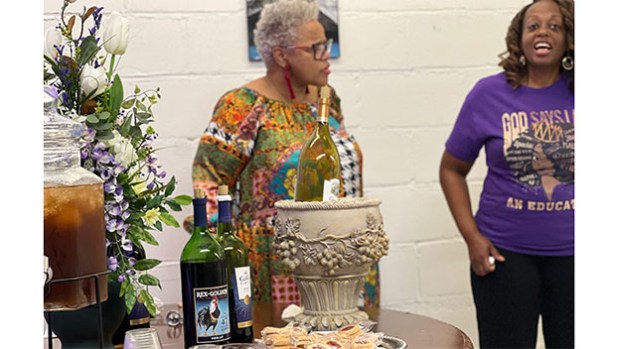 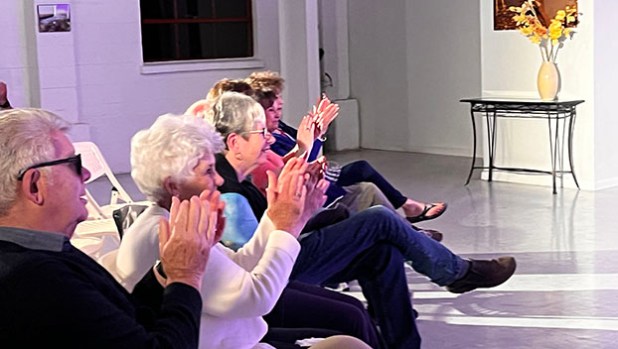 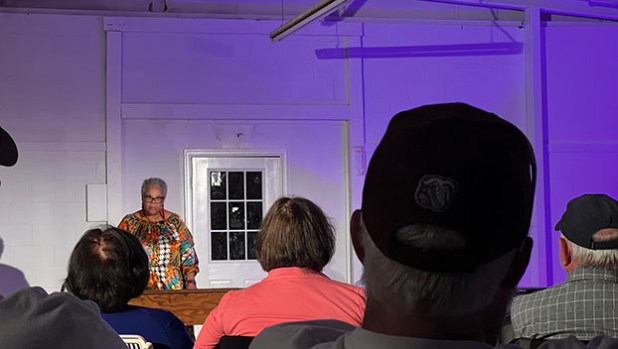 On Saturday, Debbie Cosey speaks to an audience at Concord Quarters about Natchez Spring Pilgrimage and how for many years, slavery in Natchez had not been acknowledged. (Sabrina Robertson | The Natchez Democrat)

NATCHEZ — Concord Quarters owner Debbie Cosey said a dream of hers was fulfilled during this 90th season of Natchez Spring Pilgrimage.

On Saturday night, an audience gave a standing ovation to “A Very Natchez Revue,” a play that was written and performed at “The Warehouse” by Concord for guests from around the world.

For many years, Cosey said slavery was seldom ever talked about during Spring Pilgrimage.  When it finally was talked about it was only talked about from the perspective of whites.

“I wanted us just to be able to talk about it,” she said.

Cosey said she had a vision to tell Natchez’s story in a way that it is seldom ever told, from the perspective of African Americans during slavery, freedom and reconstruction.

Enter “A Very Natchez Revue,” a play written by Shemeka Ware which showed every Friday and Saturday night for five weeks at Concord Quarters.

“From the beginning, our goal has been to provide a glimpse into a history that is seldom told in this way,” Cosey said to Saturday night attendees.

The play is based on real events in Natchez’s history, including modern history with scenes about the infamous Nellie Jackson, a Black woman who openly operated an illegal business until she died in 1990, Ware said.

It was a small show with a cast of 10 people but was well received, Ware said. She added some attendees included travelers from as far as New York and France.

Overall, the show has had well over 200 people come and see it during its five-week run for Spring Pilgrimage, Cosey said.

Before the show, the audience could also walk around and view a postcard exhibit by Emmy award winner Elijah Lewis Jr. left during Concord’s “Creative Arts & Culture Celebration” in February and refresh with wine, sweet tea and light hors devours.

During the performance, they were entertained by local actors and singers. The audience was moved by sorrowful and resilient songs such as “Ain’t Gonna Let Nobody Turn Me ‘Round.” They also laughed aloud at scenes in which Ware incorporated situational humor, like one of the character’s realization that Nellie Jackson’s “boarding house” full of beautiful women was actually a brothel.

“We didn’t want a serious thing,” Cosey said just before the play’s final showing of the season on Saturday. “Last night we had an audience of over 60 people and they laughed. Every single one of them laughed. I said, ‘Finally.’ We’re telling truths now, but it’s fun.”

Cosey thanked Ware and the cast for bringing her dream to life on stage.

After a successful debut, another performance may take place at Concord this fall during Pilgrimage, Cosey said, adding “there is no reason not to.”