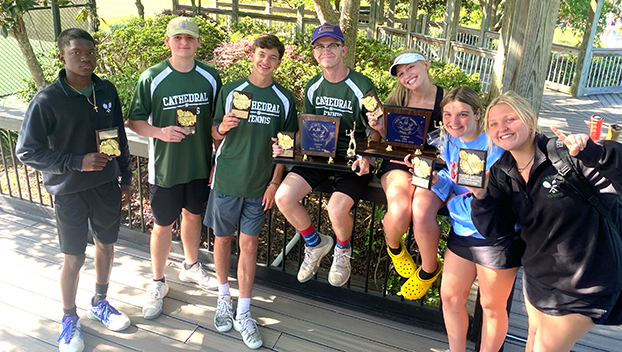 Not only did they win south state individually, Cathedral took the team title in boys and girls.