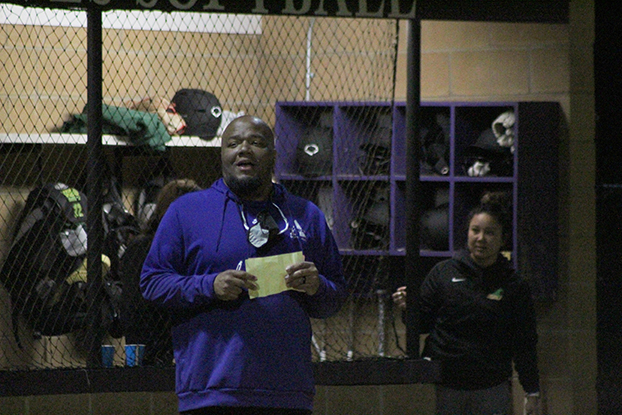 LORMAN, Miss. – Head Coach Josef Rankin approaches his 100th career win, and his 100th win at Alcorn State University as the Lady Braves prepare to take on Prairie View A&M in a three-game series at home. As the Lady Braves take on the Panthers in their final home matchup, Coach Rankin is just two shy of the career milestone.

The first game of the series is set for Friday, April 22 at 6 p.m., with a doubleheader on Saturday, April 23 at 1 p.m. During Saturday’s contest, Lady Braves seniors will be honored for their contributions to the Alcorn softball program during the team’s annual senior day.

After falling 4-0 to the No. 2 Alabama on Tuesday, Alcorn enters the weekend with a 15-25 overall record and 8-7 in the Southwestern Athletic Conference. The Lady Braves rank first nationally in triples per game, with Kristian Edwards at No. 1 with 0.22 per game. Edwards leads the team at the plate with a .342 batting average, 117 at-bats, 25 runs, 40 hits (two doubles, eight triples, and two home runs), and 22 ribbies.

Kiri Parker (5-6) heads the Lady Braves bullpen with a 4.85 earned run average. She has made 16 appearances with 13 starts for seven complete games. The Vacherie, La. native, has thrown 72.1 innings for 39 earned runs and 37 strikeouts. Batters see a .252 batting average against her.

Prairie View is 11-26 on the season and 11-7 in conference play. The Panthers lead the league in doubles, doubles per game, home runs per game, and on-base percentage. Biviana Figueroa is third nationally with a .490 batting average to lead PVAM at the plate. She has played and started in 33 games with 98 at-bats, 22 runs, 48 hits (12 doubles and four home runs), and 32 RBIs.

The Lady Braves took on the Panthers on the road earlier in the season. PVAM took the series 2-1.

‘It all comes to an end eventually,’ Vikings look…