NATCHEZ — A man was injured and two were arrested following a late-night Saturday shooting in the 100 block of Saragossa Road in Adams County.

According to a news release from the Adams County Sheriff’s Office, deputies responded to the shooting at approximately 11:15 p.m.

The victim, Givonni Dent, 28, was transported to Merit Health Natchez by a private vehicle before the deputies got there. Dent had a gunshot wound in his thigh area, the release states. 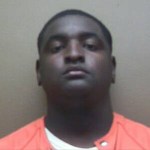 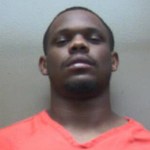 Major Frank Smith of Adams County Sheriff’s Office said Dent was later transported to the University of Mississippi Medical Center in Jackson for an extensive surgery due to his injury.

Knight has been charged with aggravated assault using a deadly weapon and was released on a bond of $20,000, Smith said.

Deputies also went to 2138 Second St and questioned and questioned 26-year-old Brandon Brooks in relation to the shooting. While searching Brooks’ bedroom, they located a Glock 9mm pistol that was reported stolen. Brooks was arrested and charged with possession of a stolen firearm and drug paraphernalia and is still detained on a bond of $10,500 for both charges.

“We haven’t determined if that gun was used in the shooting,” Smith said.