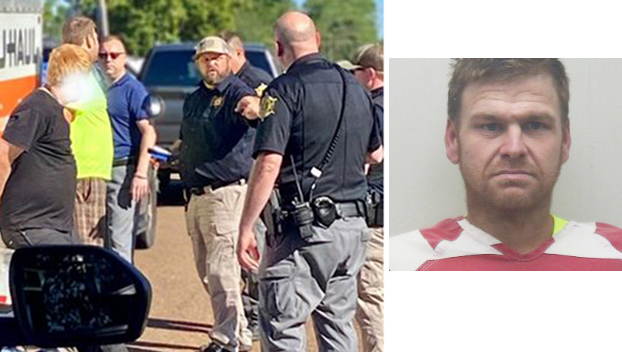 Left, Concordia Parish Sheriff's Office shared this photo of a man being arrested at a Vidalia hotel after he allegedly made illegal contact with a juvenile online and encouraged the child to run away with him. Right, The man they arrested, Woodrow “Woody” Robinson, age 33.

VIDALIA, La.— On Wednesday, a 33-year-old man allegedly contacted a minor online from a Vidalia, Louisiana, hotel room for sexual purposes and encouraged the child to do drugs with him and run away from home, according to Concordia Parish Sheriff’s Office. 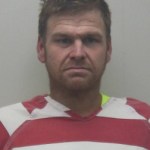 The suspect, Woodrow Robinson, reportedly chatted with the child online and engaged in “conversations which were sexual in nature” and made plans to smoke narcotics with the minor upon meeting. Additionally, he convinced the minor to run away from home and stay the night with him at the hotel before going with Robinson to his home in Gibson, Louisiana, a news release from the sheriff’s office states.

CPSO’s Cyber Unit investigated the contact and deputies met Robinson as he was getting ready to leave the hotel room on Thursday morning, the release states.

Deputies took him into custody without incident. He has been charged with computer-aided solicitation of a minor.

Concordia Parish Sheriff David Hedrick said in the news release that he would like to remind parents to be mindful of their children’s activities while online.

Parents are encouraged to monitor any online activity, which can be done through parental control apps or simply by doing daily inspections on any devices used by children.