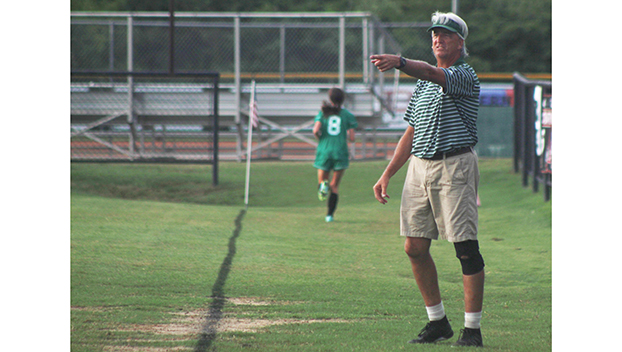 NATCHEZ — Last year was a down year for Cathedral High School’s varsity girls’ soccer teams as the Lady Green Wave failed to make the 2021 MAIS Division II Playoffs as one of the top two teams in Division II South.

And that was just one year after Cathedral advanced to the postseason as the Division II South No. 1 seed, only to get bounced out in the first round at home to Central No. 2 seed East Rankin Academy 7-1.

For the Lady Green Wave to get back to its winning ways and get back to the postseason, it will have to get past last year’s playoff teams in Brookhaven Academy and Oak Forest Academy as well as Copiah Academy.

“We had a small squad last year. We didn’t have a deep bench. When one or two of your top players are missing because of injuries or being quarantined because of COVID, it doesn’t take much,” Cathedral head coach Dennis Hogue said. “We’re not in a much better boat this year.”

Even though Cathedral had six seniors on last year’s team, Hogue said he had to rely on his younger players to get some valuable experience during a tough season. He added that losing that many seniors from the 2021 season is “too many to lose.”

Hogue did add that “toward the end of the season, they were a different group. We have a bunch of very talented girls coming up so I think we’ll be alright.”

Hogue said that Bertelsen is one of the young girls who had to step up last year and will be even better this year.

As for McGehee, Hogue said, “She’s going to step for us this year. She’s going to get faster, stronger, better. He then said that Lizzie is going be really good. He doesn’t know how many players he will have on the varsity squad yet.

“(Wednesday) is our first practice,” Hogue said. “We’ll have a few still out for family vacations this week, but they’ll be back next week. If I have to guess, we’ll have 15 or 16 out for the team.”

Hogue said for this year’s team to get back to its winning ways and make the playoffs, it will have to play much better defense. He noted that as of Tuesday, he doesn’t know who his goalkeeper will be.

“We need to have a solid defense all around the back. We have speed. We have some power. But we need to be better on defense. That’s what we’re going to work on in practice,” Hogue said. “We’re going to play better defense, play smarter defense. Understand how to work on defense to prevent the attack. Be a tighter unit back there.”

Hogue said he feels really good about his offense this year and that if the Lady Green Wave can step up its defense, it will indeed have more scoring opportunities.

“I feel fantastic about it. Some of these young girls got a lot of varsity experience last year. We’ve got good ball handlers. We’ve got girls who can pass the ball. We’ll have good scorers,” Hogue said.