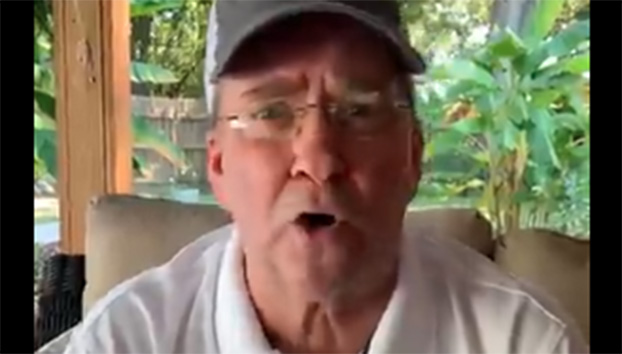 NATCHEZ — The next election for Adams County’s Board of Supervisors is a year away, but campaigning seems to have begun in earnest.

Former District 1 Supervisor Mike Lazarus was narrowly defeated in the last Democratic primary on Aug. 6, 2019, by current Board of Supervisors President Wes Middleton, 855 to 793. On April 10, Lazarus announced he plans to see the District 1 seat again in 2023.

Over the weekend, Lazarus posted a video on his Facebook page, saying he was compelled to comment on what he called turmoil in county government.

“I’m coming to you today because I am compelled to make a comment. This current turmoil going on in Adams County today is unacceptable, Lazarus said in his video. “When we can’t even pay and put gas in the sheriff deputies’ cars so they can respond to calls, that’s crazy.

“When I read that supervisors said we don’t know what’s going on up here, we’re chasing our tails. That’s a comment by the supervisor of District 1. What’s the problem?

“When I was there, I knew every check written in the county. I saw it with my own eyes. I was the one that instituted that. I kept up with the budget. I knew where the money was. All the bills were being paid,” Lazarus said.

He commented on recent action to make Adams County Sheriff Travis Patten stay within his department’s starting wage of $12.60. Patten has said it is difficult to recruit employees to work at the sheriff’s office at that wage. He said fast food restaurants offer a higher starting wage.

“And for us to say that we can’t pay the sheriff’s deputies as much as the private sector hurts my heart. Yes, we can. We can find a way. We want the brightest and best protecting the people of Adams County. All this is unacceptable,” Lazarus said in his video.

“Before the next election, I hope everyone will take a good, hard look at what is going on in Adams County. We have to elect people who accept the responsibility to do the job because the buck stops with the Board of Supervisors,” Lazarus said. “They can point fingers and blame whoever they want, but they are the people who vote on how the money is spent, and they are responsible. Thank you.”