MEADVILLE — The Franklin County High School Bulldogs had no answer for Tylertown High School’s duo of freshman quarterback Keonnis Davis and senior running back Ahmad Thompson as the Chiefs rallied for a 36-14 win in the MHSAA Region 7-3A opener for both teams last Friday night.

Davis threw two touchdown passes, both of them after Franklin County took a 14-8 lead with 7:40 left in the second quarter after Quez Rancifer’s two-yard touchdown run and his two-point conversion pass to Reshon Baker.

The first of those two gave Tylertown (3-3, 1-0) lead for good at the 3:48 mark of the second quarter when he connected with senior wide receiver Kendrell Robertson on a 15-yard TD pass and Thompson added the two-point conversion run.

It was a rough night for the Bulldogs’ defense, especially trying to contain the Chiefs’ ground game. Thompson finished with three touchdown runs as Tylertown racked up 223 rushing yards while Davis completed 10 of 16 passes for 137 yards with no interceptions.

After Tylertown scored on Thompson’s seven-yard TD run and a two-point conversion pass from Davis to Thompson with 4:51 left in the first quarter, Franklin County scored quickly on a 56-yard run by Xavier Rankin just 39 seconds later. However, the try for two was no good and the Bulldogs still trailed 8-6.

After the Bulldogs took the lead in the second quarter, the Chiefs would proceed to score the final 28 points of the game. Thompson scored on a one-yard run with 1:06 to go until halftime to give Tylertown a 22-14 halftime lead. Then he scored on a 49-yard run with 5:16 remaining in the third quarter to give the Chiefs a 28-14 advantage.

Demario Harrell hauled in a six-yard touchdown pass from Davis and Davis scored on a two-point conversion run late in the third quarter to finish off the Bulldogs.

Rankin had 14 carries for 107 yards and one touchdown while Rancifer completed just seven of 18 passes for 106 yards with one touchdown run and no interceptions. Donovan Moore had six catches for 87 yards. 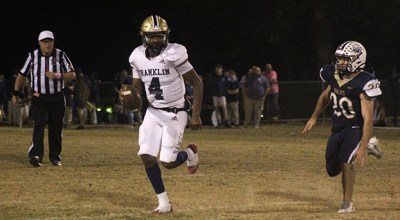 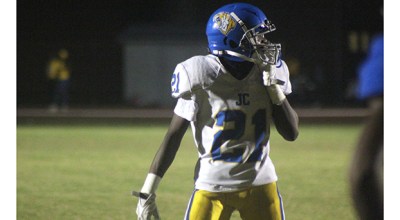 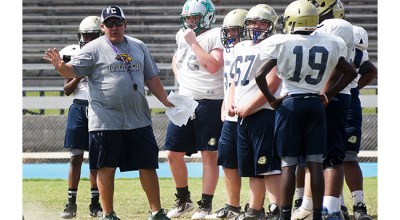