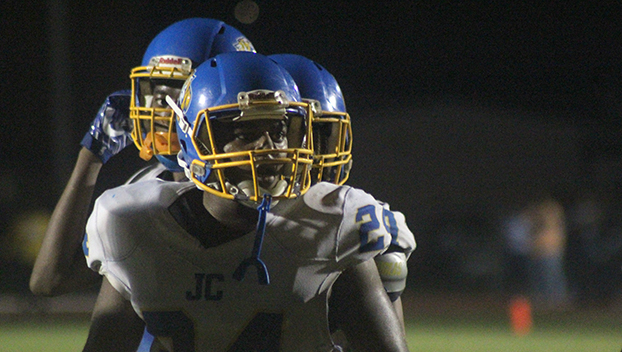 Jefferson County stunned South Mississippi by winning the MHSAA Region 7-3A championship by shutting out Tylertown Friday night. A 34-0 win gave the Tigers the title over a Tylertown team that was favored to do well this season. (File Photo)

FAYETTE — The Jefferson County High School Tigers did what not many people expected them to do last Friday night against Tylertown High School with the MHSAA Region 7-3A championship at stake — shut out the Chiefs.

But that’s exactly what happened as Jefferson County blanked Tylertown 34-0 and will be the No. 1 seed out of Region 7-3A when the Class 3A South State Playoffs begin the following week regardless of what happens next week.

And it was the Tigers’ defense that paved the way for them to get out to an early lead.

“Defense jumped on them out of the gate. Defense forced a couple of turnovers early. That got them rattled,” Tigers head coach Roderick Holmes said. “On the offensive end, we put our foot on the gas and we never let up.

“We found out what was working and used it to our advantage. This is a big-time win.”

Jefferson County (6-2, 3-0) travels to Woodville to take on still-winless Wilkinson County High School in the regular-season finale next Thursday at 7 p.m. The Wildcats in their homecoming game to the Franklin County High School Bulldogs 26-6 to drop to 0-9 overall and 0-3 in region play.