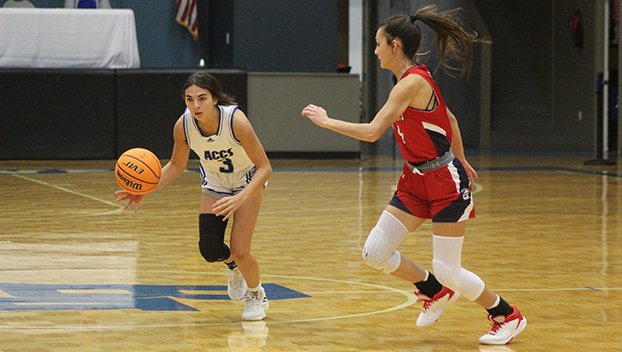 Junior McKenzie Campbell led the team in scoring with 10 points. Paishense Rogers, Claire Williams, Carley Beach and Kessley Maples each scored two points. Campbell said they could play better than they did.

“We have to pay attention in practice. We have to zone in and learn,” she said. “We have to give it 110 percent on the court. We slowed down on offense, and I think we played better.”

Williams is one of the seniors who lead the team. She said the team could improve by going full speed at practice.

Unlike last year’s frenzied offensive approach, AC has slowed the game’s tempo down on offense. It creates more opportunities and fewer turnovers. The change in pace gives the team more confidence, Williams said.

“We are gradually getting better. This is still like the preseason. We are learning and learning from our mistakes,” Williams said. “We want to go into our district schedule with our heads held high and confidence. This tournament helps us by allowing us to play teams we don’t normally play.”