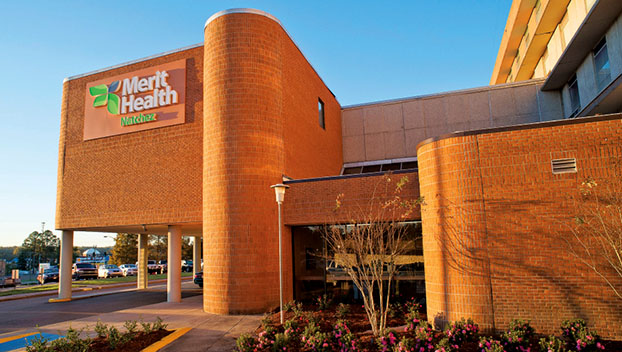 Just across the Mississippi River bridge from Natchez are the Louisiana towns of Vidalia, Ferriday and other communities where there are people who have health care coverage through the expansion of Medicaid.

Those Louisianans, if they are in the correct Medicaid health care network, can obtain medical services across the bridge in Mississippi at Merit Natchez hospital. People in Mississippi, of course, also can receive health care at Merit, one of the largest health care providers in southwest Mississippi.

“Expanding Medicaid was Gov. (John Bell) Edwards’ first official act when he took office in 2016,” Laura Leist, a spokeswoman for the Democratic governor, told Mississippi Today via email. “He often says it’s the easiest big decision he’s made as governor.”

Kay Ketchings, a spokesperson for the Natchez hospital, said Merit will work with Louisianans who are not in network to provide them medical care as it will with Mississippians who have no access to Medicaid expansion. But Merit Natchez, like other Mississippi hospitals, have a difficult time collecting payment from many poor people who are not covered by Medicaid expansion. They often do not have the money to pay, leaving hospitals to eat those costs or pass the costs on to other patients.

“Medicaid covers the most vulnerable residents in Mississippi …,” Ketchings said. “It is an important step toward advancing the overall health of Mississippians because it provides sustainable coverage for continued access to preventive care and physician assistance with chronic conditions. Like others in healthcare, we are supportive of efforts to expand coverage for vulnerable Mississippians.”

Louisiana is one of the few Southern states to expand Medicaid. Medicaid provides health care coverage for primarily the working poor who earn up to 138% of the federal poverty level or about $18,750 for an individual. The federal government pays 90% of the cost plus substantial incentives for the states that have not expanded Medicaid to do so.

South Dakota voters earlier this month voted to expand Medicaid. Now 11 states, mostly in the Southeast, have not taken advantage of the expansion as is offered as part of the Patient Protection and Affordable Care Act, also known as Obamacare.

A map of the states that have not expanded Medicaid looks much the same as a footprint of the NCAA’s Southeastern Conference with four notable exceptions – Arkansas, Louisiana, Kentucky and Missouri. Those four states, including two contiguous to Mississippi, have expanded Medicaid.

Of the 11 states that have not expanded Medicaid, seven have schools in the Southeastern Conference, and all seven have higher percentages of their population uninsured or lacking health care coverage than does the nation at a whole.

“Today, more than 747,000 of Louisiana’s working poor have access to health care, including mammograms and other preventive heath screenings, mental health resources and substance abuse services,” said Leist. “Louisiana’s uninsured rate has dropped from 22.7% in 2015 prior to expansion to just 9.4%, and rural hospitals that were on the verge of closing before expansion have been able to stay open and continue serving their communities.”

In Mississippi, the Hospital Association, with many of its member medical centers in financial straits, is one of the most vocal supporters of Medicaid expansion.  Mississippi’s State Health Officer Daniel Edney has said that 38, or 54%, of the state’ rural hospitals are in danger of closing. Hospital Association officials say Medicaid expansion would provide a boost to those struggling hospitals by decreasing the amount of uncompensated care they deliver.

But Mississippi political leaders have blocked efforts to expand Medicaid. They have provided a litany of reasons for opposing the expansion, ranging from the state cannot afford it to not wanting to expand welfare programs in the state.

Susan Dunlap, a spokesperson for Kentucky Gov. Andy Beshear, a Democrat, said Medicaid expansion has been a positive in the Bluegrass state.

“Costs to the state have matched what was anticipated,” she said. “Expansion of this program resulted in economic growth through increased state and local tax revenue, the creation of new jobs and additional (health care) provider revenue.”

She said the expansion has resulted in people being able to get medical care, including important but non-life threatening procedures, such as knee replacements, shoulder surgeries and tonsillectomies.

In three Southern states, Louisiana, Arkansas and Kentucky, Medicaid was expanded under Democratic governors. But in those states, the expansion has been largely supported by Republican-controlled legislatures that have not tried to repeal the program. And in Arkansas, it has been continued under a Republican governor. And Arkansas-Gov. elect Sarah Huckabee Sanders, former spokesperson for President Donald Trump, has not advocated for the repeal of that state’s version of Medicaid expansion. In Arkansas, the state uses the federal Medicaid expansion matching funds to purchase private insurance for those who otherwise would be eligible for the Medicaid expansion program.

“Out of the 38 (states that have expanded Medicaid), none have stopped,” Tim Moore, chief executive with the Mississippi Hospital Association, recently told the Senate Public Health Committee during a hearing on the financial difficulties facing Mississippi hospitals.

The states with the highest uninsured rates in the nation are primarily Southern states that have not expanded Medicaid. Texas is the highest at 18.4%, while Georgia and Florida are at 13.2% followed by Mississippi at 13%, according to a recent report by the Health Foundation.

Uninsured rates across the national have declined significantly since the 2010 passage of the Affordable Care Act that also includes the health care exchange that allows people to buy insurance coverage in most cases with the help of a government subsidy.

But there are people who do not qualify for health insurance policies through the health care exchange because their income is below a certain level. The architects of the Affordable Care Act envisioned they would be covered through Medicaid expansion, not contemplating there would be states like Mississippi that opted not to participate in the program.