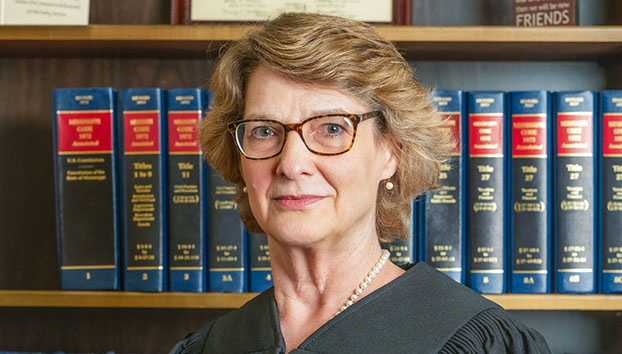 NATCHEZ — Recently re-elected Sixth District Circuit Court Judge Debra Blackwell is being scrutinized on social media after sentencing a Natchez man who pleaded guilty to committing a sexual crime against a juvenile to probation instead of prison.

Devin Smith was arrested in June 2021 on the charge of statutory rape involving a juvenile, but was allowed to plea to the lesser charge of gratification of lust in October 2022, court records show.

Blackwell sentenced Smith to 10 years in jail with credit for time served and the remainder of his sentence suspended with five years of probation on Monday, Nov. 28. Smith must also register as a sex offender and pay a prosecution fee of $250, Blackwell ordered.

District Attorney Shameca Collins confirmed she had been in contact with the victim’s family and spoke with them about Smith making a plea to a lesser charge so that the victim could avoid testifying in court.

“They agreed with the understanding that he would serve prison time,” Collins said. “We (the District Attorney’s office) make recommendations but the judge always controls the sentence.”

Blackwell declined to comment after the sentencing and said, “As a judge, there are rules I have to follow,” and those rules prevent her from commenting.

However, court records show that Blackwell stated in open court, “In four years of being on the bench, this is the hardest case I have ever been confronted with.”

Blackwell states she read a “presentence investigation report multiple times” and “listened to every word everyone has said.”

Then she spoke directly to the victim in the courtroom and said, “Bad things happen to good people. It happens to all of us, but you cannot let this define you in your life.”

Blackwell told the teen that she had to continue with counseling to become herself again, “the person God intended her to be.”

She added, “This is not your fault. You have been very brave and courageous in coming forward and telling what happened to you. There’s nothing that I can do to make it right. … Your life has changed. Devin Smith’s life has changed. Devin Smith, who served this country as a marine is now a sex offender and for the rest of his life, he will have to register as a sex offender.

Blackwell indicated there were several adults who should have supervised the 15-year-old female the night the incident occurred, from her babysitter to “Under the Hill Saloon, how you ever got in there Lord only knows. But there are a lot of people at fault here in addition to Devin Smith.”

“I look at the fact that he didn’t force himself on you,” Blackwell said. “You were 15 but you were two weeks away from turning 16. And if that had been the case, if this incident had happened 15 days later, we wouldn’t be here.”

“She was intoxicated so we may have still been here because she could not consent under intoxication even at sixteen,” he said, adding Smith wouldn’t have been able to plea to the charge of lustful touching at that point.