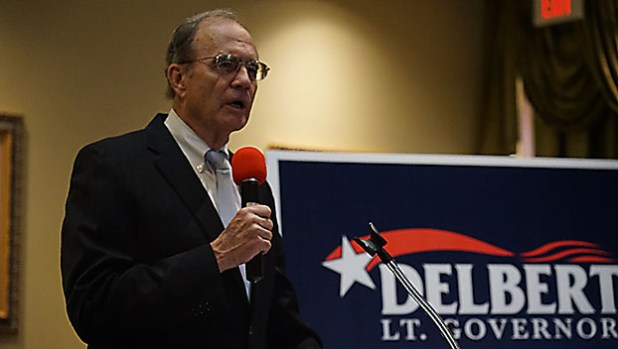 Hosemann speaks to attendees about his plans for the 2023 legislative session. (Sabrina Robertson | The Natchez Democrat) 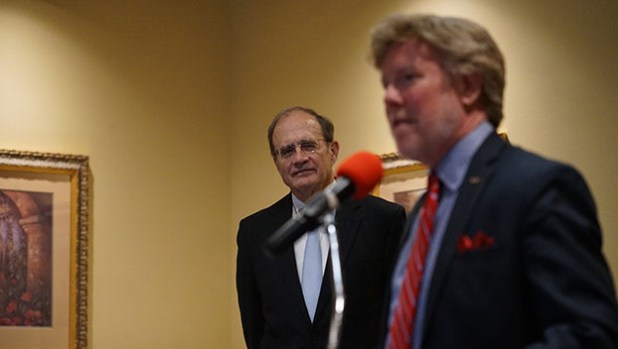 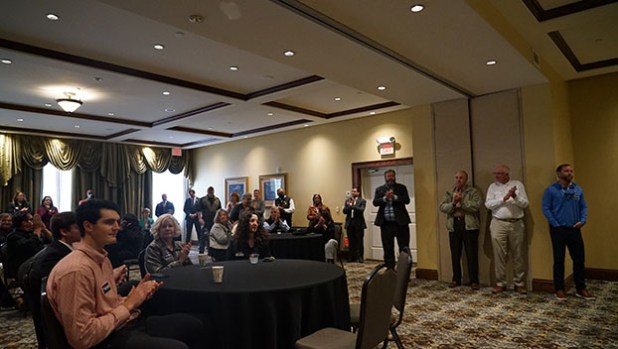 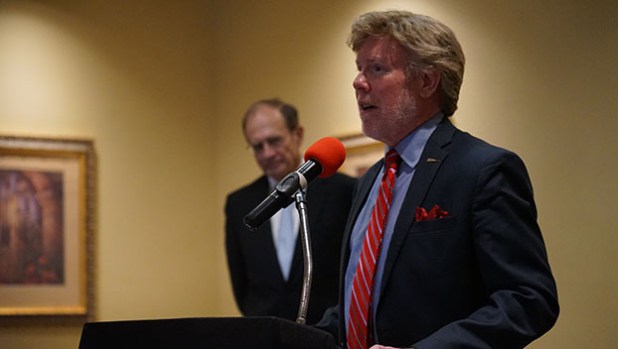 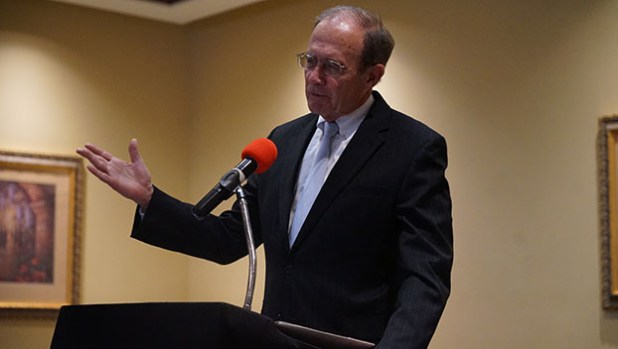 Hosemann speaks to attendees about his plans for the 2023 legislative session. (Sabrina Robertson | The Natchez Democrat)

NATCHEZ — More than 30 people greeted Lt. Governor Delbert Hosemann at the Natchez Grand Hotel on Monday. They heard him talk about his plans for the 2023 session and his request for their votes.

When he entered office three years ago, Hosemann said the state cut its budget by 2 percent and since then, downsized the government by 3,000 employees, and paid off $600 million in principal debt without borrowing any more in two years.

He boasted of a state in “amazing economic shape” and Natchez Mayor Dan Gibson pointed out where a lot of dollars had been allocated to help Natchez and Adams County specifically.

The Belwood Levee Project, protecting Adams County’s industrial park, helped the area be suitable to investors like Velocys, a producer of sustainable aviation fuel and is expected to break ground on its first American facility Bayou Fuels in Natchez this year. The Morgantown Road widening and pavement project, with Hosemann’s help, is fully funded, Gibson said. Additionally, within months of Hosemann’s Natchez visit for the American Symphony’s Christening, it was announced that a project to raise Silver Street has also been fully funded with $1 million granted to the project near the end of 2022. Gibson added Hosemann also helped push millions of dollars to the Mississippi Department of Archives and History to fund two major Natchez developments, a new museum at Grand Village of the Natchez Indians and a preservation school at Historic Jefferson College.

Another $500,000 has been allocated to light the Mississippi River bridges connecting Natchez and Vidalia. The other half million needed should come from Louisiana, Hosemann said.

“As we have made our requests known, he has proven to be a man of his word,” Gibson said. “We are so grateful that whenever we reach out, he answers. This session we are going to be working on more plans for Natchez, including more money for drainage solutions … more ideas for workforce development … and ways to work with the county to establish commercial service at our airport.”

Hosemann spoke of ways he plans to help all Mississippians this year before a new administration begins.

First, Hosemann said he plans to rebate $270 million in income taxes to Mississippi taxpayers, which he says was how much the state collected over budget last year.

He also wants to see $350 million left in American Rescue Plan money to go to cities and counties to fund “public works projects that are generational.” Hosemann also spoke of a plan to offer Mississippi school systems an incentive to revise their school calendars so that summer breaks are shortened to four weeks and intersession breaks are provided during the year.

He said schools wouldn’t be forced to adopt a new calendar, but if they choose to the state would help by paying for any added school costs associated with it.

Hosemann said he is also pushing to add 12-month postpartum care for working mothers on Medicaid.

“The senate passed it three times, the house did not,” he said. “You’ll see us working on that. You’ll also see us taking some encouraging steps towards reimbursing our hospitals at a higher rate than they are right now … We need viable hospitals that provide the primary care you are looking for.”