“They were bigger, faster and stronger,” he said.

And they showed it, to the tune of a 64-50 win against the Green Wave — and the game was not as close as the score indicated.

“They played at a level that we can’t play at right now,” Arnold said. “They beat us in every category.”

The Green Wave finished its season 9-12 overall, 4-6 in district play, securing the No. 4 seed for the 7-1A district tournament.

“Our whole season comes down to next Tuesday versus St. Aloysius in the district tournament,” Arnold said. “It’s a win or go home situation.”

Sebastopol opening things up in the first quarter with quick scoring trips, blanketing the Green Wave players on defense and getting out to a 21-5 lead after the first. The second quarter was more of the same, with Sebastopol leading 43-18 at intermission.

Sebastopol played its backups most of the second half, allowing the Green Wave to make the final score somewhat respectable.

The Bobcats’ offensive attack centered on getting the ball under the basket, and supplementing it with the occasional perimeter shot.

“We worked on and talked about that for the past couple of days,” Arnold said. “The reality is, at practice, we don’t have a 6-foot-4, 220-pound machine like their No. 24 (Dedrick Adams).

“When you get caught up with him, the open people get open. They haven’t lost a district0 game, and tonight you saw why. They’re clearly the best team in the district.”

Collin Hammons and Caleb Upton both finished with 10 points for Cathedral.

For Sebastopol, Adams had 16 points, and Lorenzo Patrick added 14 points.

The Lady Green Wave came out on top in a close contest Friday night. 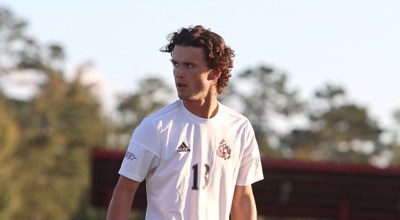