LAKE ST. JOHN — Nothing says freedom like a good float.

At Dale Stecker’s house near the beginning of the procession, patriots from ages 1 to 90 enjoyed spending a surprisingly breezy day outside while watching the annual boat parade pass.

An occasional beer can in hand was the only difference between adults and children at the family event.

“We just cool off in the water and watch the boats come by,” David Steckler said.

Nearby, his children, ages 1, 3 and 4, jumped off the pier wearing arm floats and life jackets, and occasionally grabbed his shoulder for support.

A crew of 34 boats launched from Ducks Nest II with their bows headed for the judges pier, where five judges assessed creativity, effort and spirit of each contestant’s decorations, costumes and attitudes.

The only evidence of this year’s theme, “It’s 5 o’clock somewhere,” was in the daytime drinking, but many of the boats drafted their own idea.

Susan Suadi, who watched the flotilla with her parents near the Duck’s Nest II, could not decide which boat theme was the best.

“They were all so cute,” Suadi said.

She narrowed her favorites down to the Jimmy Buffet- and Christmas-themed boats.

Other memorable themes included Barbie Girl, where men and women wore pink boas and drove a pink boat; a bathtub theme, where boaters transformed their boat into a tub; Who Dat theme, where New Orleans Saints fans showed their colors; and Jersey Shore, where young people showed off their suntans, abs and up-dos.

At least two boats parodied a national news item in good fun. One of the boat’s banners read, “Redneck Oil Spill Response Team,” and another read, “Gulf island for sale. Get ya free tar balls today.”

As each boat passed the Steckler’s dock, the Rev. Louis Sklar, from St. Patrick Catholic Church in Ferriday blessed it and its crew members with Holy water and a prayer for a good ride and a safe summer.

Steckler said the blessing of the boats is an annual tradition on her pier, probably because it was a tradition she grew up with in Biloxi. Every year as a child, Steckler said a priest would bless the shrimp boats at the start of each fishing season.

“It fit in with our lifestyle,” Steckler said.

Many flotilla participants raised beers to meet the priest’s blessing.

Sklar took the opportunity at his post to remind the party crowd that St. Patrick’s will have an extra mass at 6:30 p.m., Sunday, “because some people don’t like getting up early after today,” Sklar said. 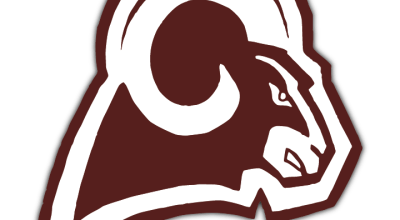