NATCHEZ — Natchez High School had a frustrating evening on both offense and defense, but the Bulldogs came through when it mattered in 13-7 win against Terry High School.

NHS’s offense did not score in the second half and struggled mightily on third downs, while the defense gave up several long drives, head coach Lance Reed said.

“We got off to a fairly decent start, but I was disappointed with how we finished as far as offensive production in the second half,” Reed said.

“Defensively, we bent but didn’t break, and that’s the key to victory, so we were pleased with that.”

Reed said his team’s inability to get the few extra yards it needed on third down forced his defense into some bad situations.

“We didn’t make the best of some opportunities,” Reed said. “We moved the ball, but on third down we had trouble. We have to figure out third downs. It wasn’t penalties or turnovers, it was just conversions — we weren’t able to make them.”

That kept the defense on the field a bit too long, Reed said, but he was still pleased that they held Terry to just one touchdown.

“Defensively, we couldn’t get off the field as well sometimes, but once they got to the red zone, we kind of buckled down,” Reed said. “We still have to do a better job of shortening those drives and getting off the field faster.” 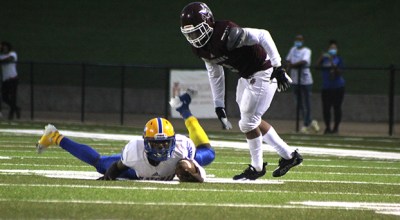 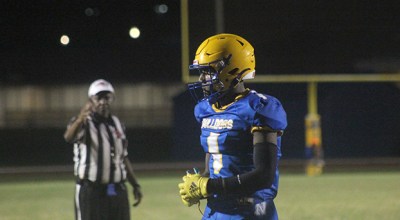