Washington’s 7 does it behind strong Natchez defense

JACKSON — A short touchdown run by Denzel Washington proved to be the only points Natchez High School needed as it defeated Forest Hill 7-0 Friday night.

NHS head coach Lance Reed said Washington scored early in the game on a carry from a couple of yards out, and the Bulldogs’ defense led the rest of the way.

“It was a defensive battle,” Reed said. “We were able to get the first score a little early, and our defense kind of held on and did great. We got off the field with a defensive victory.”

In the last two games, the Bulldogs’ defense has given up just seven points, and Reed said he’s liking the fact that his players are adjusting well on that side of the ball.

“They play hard, and they take pride in what they do,” Reed said. “We’re constantly working on trying to get better with that group and the overall team. We’re specifically trying to get them to learn their positions and have them play the best they can.”

But the Bulldogs’ offense continued to struggle for the third straight week.

“We’re going to have to figure out what we can do and get good at it, and work on it in practice, as far as execution,” Reed said. “That has to translate to Friday nights, and that’s why we go to practice every day.”

After getting blown out by Meridian on the Bulldogs’ last road trip, Reed said he was happy to see his players fare better as the away team.

“We’re trying to improve piece by piece, and we have a lot of young guys playing at different positions. This year is really a learning experience for them. We just have to find some consistency.” 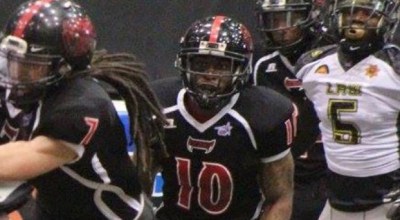